“THEY must be so worried,” was the response from the Labor Party’s Des Maslen following the furore over the past week involving a couple of Facebook posts and the sabotage of a political sign. 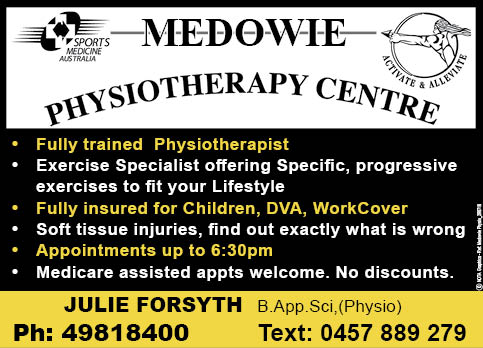 Mr Maslen, who is heading the ALP mayoral and Central Ward councillor tickets, has hit out at his opponents and insists that he won’t be bullied.

He did, however, concede it had been a tough week: firstly with the reaction from a Facebook comment made six years ago while working in Western Australia, and later with the cutting down of an ALP billboard on Nelson Bay Road at Bobs Farm.

“The sign went up on 3 August and just a few days later vandals, most likely political opposers, have used a grinder to cut through the steel posts to knock it down,” the 52-year-old Medowie father-of-three said.

“I can’t believe [whomever did this] would go to such lengths.

“But it won’t deter me or the party, the billboard is going back up but this time with reinforced steel and concrete.”

As for the political backlash over his Facebook posts, Mr Maslen insisted much of what was printed was taken out of context and that he was neither sexist nor homophobic.

“It was a lack of judgement on my part. I have apologized and I am looking forward to moving on.”

Mr Maslen saved his greatest criticism for his political opposers, slamming them for their “dirty pool” tactics.
“They are obviously worried about the impact our party is having on the polls.

“We have said from day one of the election campaign that he will be focusing on local issues and that is what we will continue to do.

“There is no need for the grubby politics,” he told News Of The Area.