THE results of the next NSW elections will see Port Stephens led by a truly powerful woman regardless of results, continuing on from our current female leadership under Kate Washington MP. 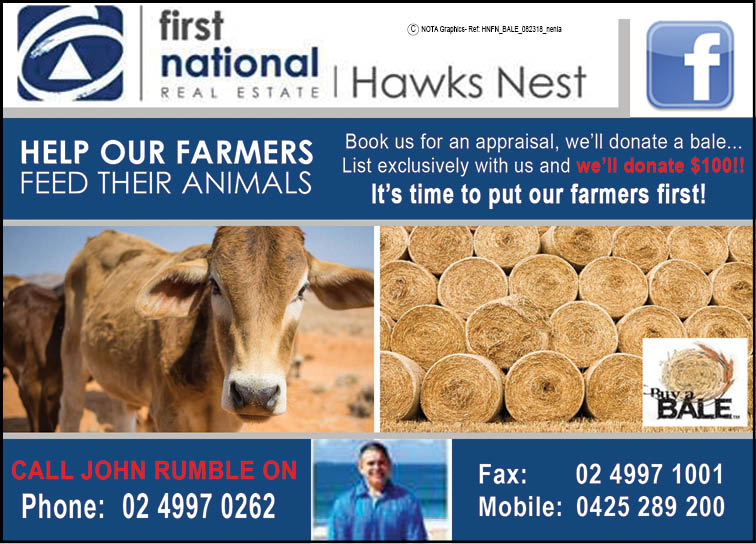 Local small businesswoman and RAAF reserve Squadron Leader Jaimie Abbott, is asking the community for their support at the 2019 NSW Election as the Liberal Candidate for Port Stephens.

Jaimie Abbott told News Of The Area, “I will have a five month old baby at the time of the election and I will be like thousands of other working mothers in Port Stephens, Jacinda Ardern Prime Minister of New Zealand has proven that having a baby doesn’t affect the way you represent the people, I’ll be no different from any other working mother.”

She believes that she is well able to work with all levels of government to create great outcomes and to make the lives of the people of Port Stephens better.

Jaimie has an impressive history of service to the community having spent seven years as the President of Hunter Animal Rescue, is a volunteer fill-in presenter for Port Stephens FM, was on the committee of the Hunter Business Women’s Network and volunteered for the Westpac Rescue Helicopter Volunteer Support Group.

As a Communications Adviser for the Royal Australian Air Force, Jaimie participated in international Air Force exercises in Malaysia, Hawaii, Alaska, The Philippines, and Guam.

In 2011, she was deployed for six months to Afghanistan, earning the Afghanistan campaign medal, the Australian active service medal and the NATO medal.

“I’ve had an incredible career to date, but the opportunity to represent my community in State Parliament is the most exciting,” she said.

Abbott in her short time as a Councillor has delivered on many promises, while Kate Washington has fought hard for her community since being elected in March 2015.

Kate Washington MP told News Of The Area, “I congratulate Jaimie Abbott on her candidacy, I respect her brave decision and look forward to a clean campaign, focussed on the issues of importance to our community.”

“For me, it’s business as usual. I’ll continue to work hard, representing our amazing community, and fighting for all that we deserve.”

Two things are certain, there will be more promises, and there are two strong women, both determined to take the seat at Parliament House for Port Stephens.

By Marian SAMPSON and Rachael VAUGHAN