The June Australian Bureau of Statistics (ABS) Labour Force figures have been positive once again, with the second consecutive month of full time jobs growth.

Despite an increase in the participation rate, the unemployment rate has remained at 6 per cent.

Looking at the monthly trends and the fluctuations in full and part time jobs numbers, it will be interesting to see how the July will play out. 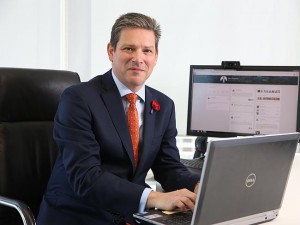 Steve Shepherd, Employment Market Analyst at Randstad told Myall Coast News, “From looking at Randstad’s job demand and increases in job ads, we have seen a 24 per cent year on year growth in jobs advertised in the manufacturing sector. There are positive signs the sector is having a revival.”

“This is great news, as Australia currently has an oversupply of job seekers in the manufacturing sector. This will help those looking for jobs in this sector where demand has been slow. This growth is likely to have benefited from the falling dollar, which has made Australia a more attractive market for manufacturing,” said Mr Shepherd.

“With falling commodity prices and financial issues in Greece and China, the next few months will be critical if we are to maintain jobs growth, as a downturn, loss or decline in employer confidence will impact the jobs market. We have seen markets like health and construction strong for jobs all year but it’s good to see manufacturing now having a positive impact. States like Victoria may see the greatest benefits, as the state has a strong manufacturing industry,” he said.

New South Wales continues to be one of the strongest performing states, following the Australian Bureau of Statistics (ABS) June labour force figures.

Even with the participation rate increasing by 0.2 per cent, the unemployment rate only increased from 5.7 to 5.8 per cent – the lowest figure out of all the major states.

“New South Wales will continue to be one of the strongest performing states throughout the year, as it benefits from construction and trade jobs in both residential and commercial building projects,” Mr Shepherd said.