The site that is the subject of the planning proposal is located on Sanderling Avenue at Hawks Nest, to the immediate east of the car park and clubhouse of the Golf Club.

The Planning Proposal sought to change the land’s zoning from RE1 Public Recreation to R3 Medium Density Residential, and increase the maximum permissible Height of Building on the subject land from 8.5m to 12m, amongst other changes.

Councillors discussed the recommendations for several minutes before voting to permit the rezoning. 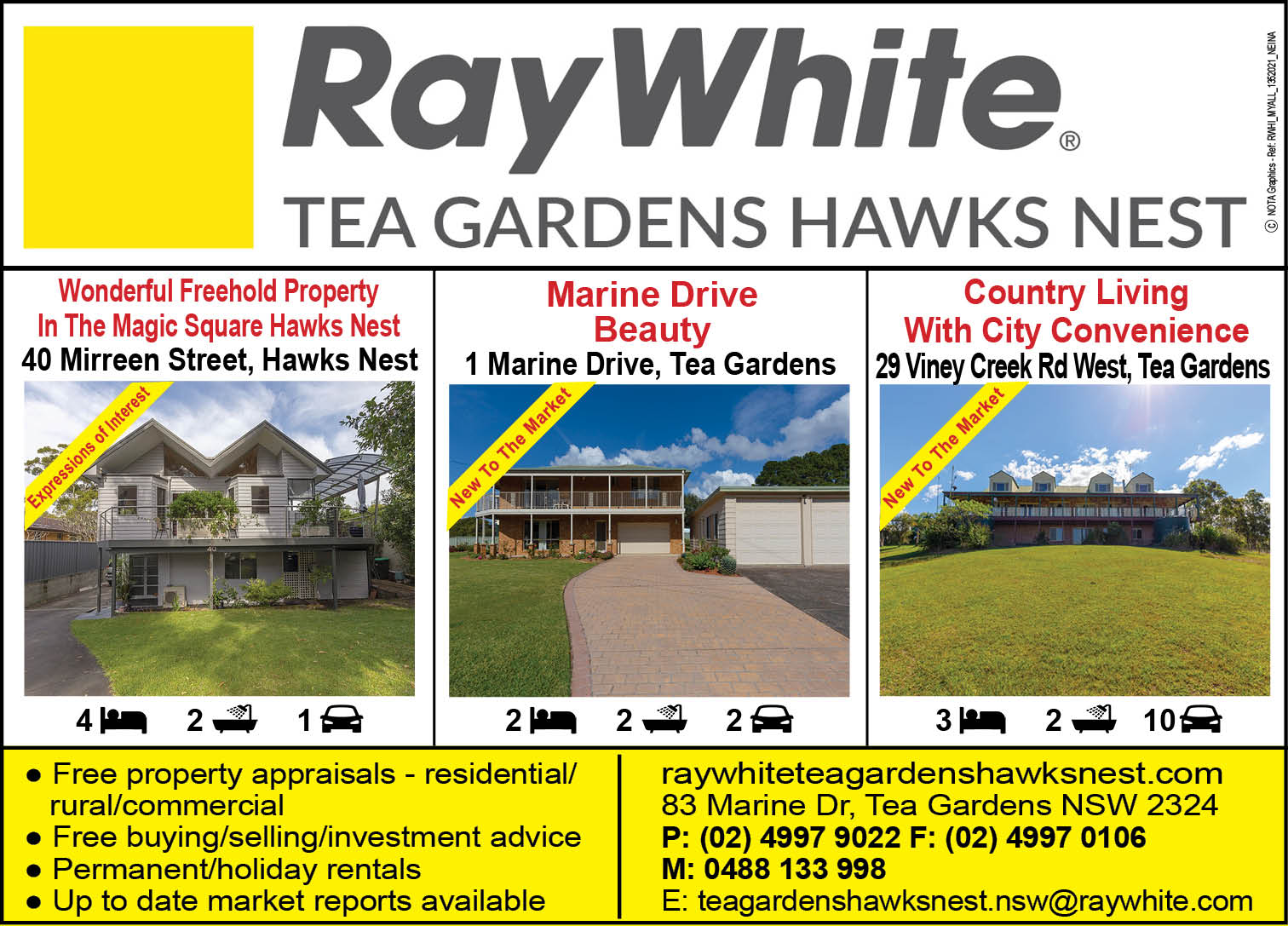 Cr Len Roberts was briefly absent from the meeting and did not vote.

The decision to change the land’s zoning has prompted a level of outrage from some members of the local community.

Local Ian Morphett told News Of The Area, “There were some 75 submissions made by the community in relation to the development and only nine of these were in favour of the development.

The project will now proceed to concept plans which the State Government needs to approve.

Mr Morphett holds concerns that the change of permissible Height of Building will set a precedent for future developments of this scale.

“The primary concern is that the proposed development is inappropriate for the site.

“It will establish a precedent for four story buildings, which the developer claims you won’t be able to see from the beach.”

Mr Morphett believes that the claim within the proposal that the rezoning will satisfy demand for permanent accommodation in Hawks Nest ignores the number of absentee residences in the area.

“The proposed development also sits around 800m from current shops and amenities if using pathways and roads which means that most people will drive to amenities, and while there are more shops planned for near the Surf Club it may be many years before these are in operation.”

Ian Morphett is among many residents that want to see the ‘right’ development in Hawks Nest, development which they say should be of a suitable height and bulk for the site.

They also want to see development that will not result in further absentee residents.

MidCoast Council told News Of The Area, “The next step is for Council to ‘make the plan’.

“This will involve changing the planning controls that apply to the site including the land zone and the height of buildings.

“The rezoning of the land has been ‘signed off’ by Council.

“As a result, there will not be any further opportunity for the community to comment on the rezoning of the land.

‘However, when a development application is lodged, the community will be able to comment on the development or building being proposed.”

They went on to say, “To clarify, this rezoning represents changing some of the planning controls over the land, including land zone and height.

“At this time no development has been proposed on the site.”

The rezoning of the land has seen the maximum building height allowed on the land has increased from 8.5m to 12m.

“At the time of writing, approximately 20ha of land in Hawks Nest has an existing 12m height limit.

“Other than the proposed development on the corner of Yamba and Booner Street, that is the subject of proceedings at the Land and Environment Court, Council is not aware of any new proposals for four storey buildings in Hawks Nest.”