THE bushland on Seaview Crescent at Soldiers Point must certainly be one of the most contentious tracks of land on the Port Stephens foreshore.

Recent work on the bushland, conducted by Bannisters and sanctioned by Port Stephens Council, has angered local Landcare representatives who maintain the land.

Neither Council nor Bannisters consulted or did any planning with Landcare prior to the work being conducted.

Landcare team members believe that various management teams and owners of the nearby hotel have increased grassy spaces in the public reserve through actively reducing the area of bushland.

They are so incensed by what they see as the latest attack on the bushland that the matter has been reported to Environment NSW.

While replanting was part of the planned works, Bannisters have chosen the plants from a cherry-picked list of shorter growing species and short-lived species which do not secure the fragile koala habitat.

Landcare representatives believe the community and those maintaining the site should choose a robust mix of plants from those endemic to the site.

A Council spokesperson told News Of The Area, “The list of trees to be replanted includes a number of mid-storey plants such as wattles and banksias.

“We are committed to replanting Forest Red Gum saplings when these are propagated from seeds collected onsite or sourced elsewhere.”

“During this absence, we have employed a contractor to undertake assessments.

“The works within the reserve were undertaken under the direct supervision of Council staff,” the Council spokesperson said.

However locals report that the Council representative was not on site throughout the entire time that works were conducted.

Several young healthy trees were pruned at ground level and much of the low growing plant life was trampled during the works.

Council has advised that, “The tree pruning works were undertaken by a suitably qualified arborist (AQF3) and was provided by Bannisters.

“The Tree Permit was issued by Council staff and all works were conducted at Council’s direction.

“Council staff (Vegetation Officer) directed the works to ensure they were undertaken in accordance with the tree permit.

“This arborist was not on site to oversee the public interest but rather to undertake the works.”

The Council staff present were not qualified arborists and this has caused further community outrage. 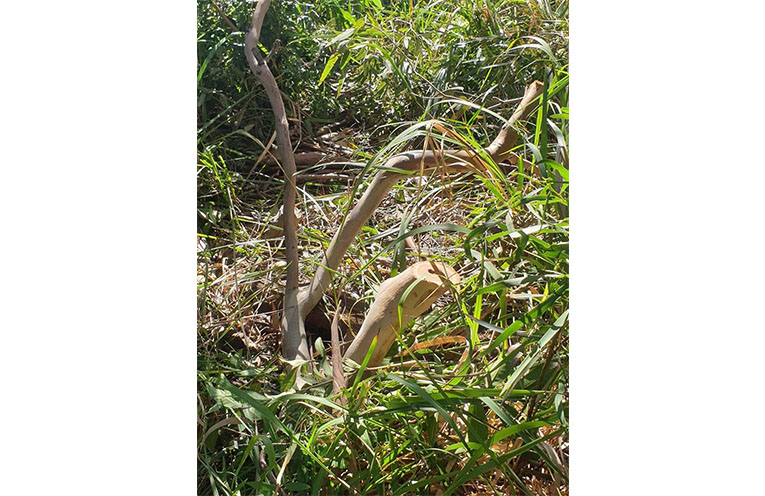