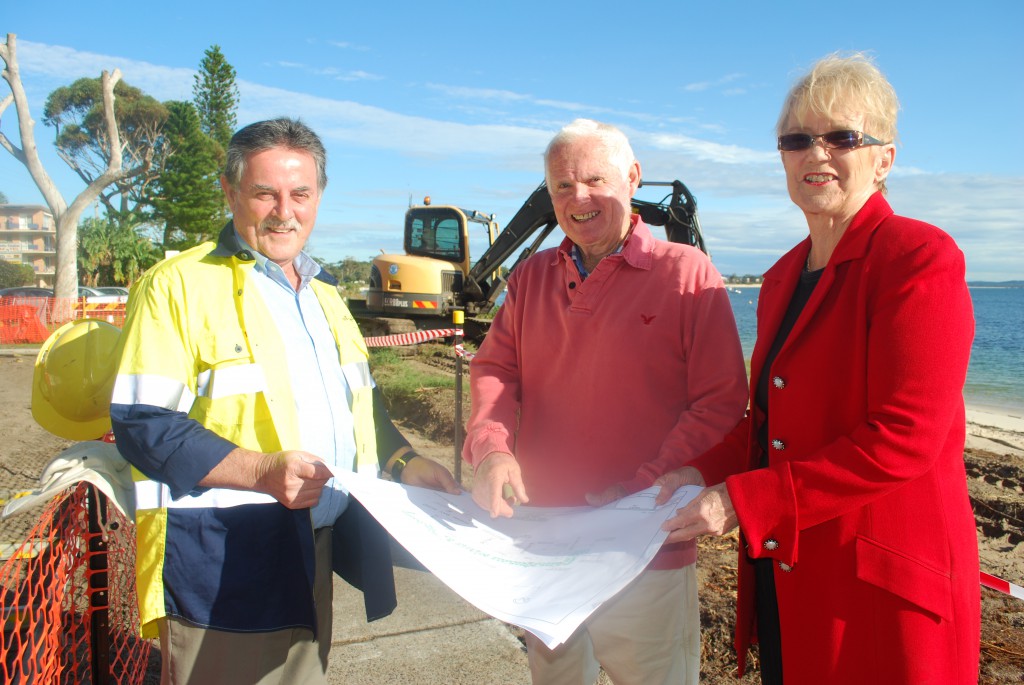 In a continuation of improvements to the Shoal Bay foreshore, Port Stephens Council will undertake landscaping works to the west of the recently completed boat ramp.

The project includes some levelling to create a paved viewing area, installation of a new section of footpath/cycle path, the planting of a number of street trees and a grassed area complete with a new irrigation system.

The works are funded from Port Stephens Council’s 2014-2015 Capital Works, Community and Recreation program and are scheduled to begin this month, weather permitting.

Mayor Bruce MacKenzie said the works were designed to improve public access to the foreshore and around the existing boat ramp facilities.

“These works will be centred on the area on the western side of the existing boat ramp and follow on from improvements which have already been completed on Shoal Bay foreshore,” he said.

“The improvements in access, particularly the paved viewing area and new section of footpath, will change the way the community can engage with what is a beautiful part of coastline.”

Mayor MacKenzie said the project was planned in partnership with the Shoal Bay Community Association, which will also carry out landscaping and dune rehabilitation in the area.

“This is a great example of Council working with the community to achieve positive outcomes on a number of fronts, including environmental and social benefits,” he said.