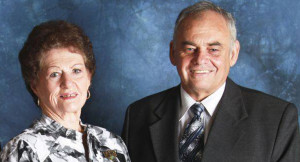 I would like to congratulate Ellie Gooch (Bulahdelah) and Gordon Grainger (Tea Gardens) on receiving Paterson young citizen and Senior Citizen of the year respectively.

The awards were well deserved. It was indeed a special occasion as both received their awards from the Prime minister, Tony Abbott.

Congratulations also to others form our area;  TGHN Progress Association, Barry Whiteman and Karl Price all of whom were finalists in their respective categories.

It was fascinating to see they look on Gordon’s face as Bob Baldwin in making the announcement commented that not only was Gordon n outstanding candidate for the award, but was also a “pain in the butt”.

Gordon seemed shocked to be called a “senior” but appeared to revel in being called a pain in the butt!

The Marine Drive Reference group has been making united and great progress over the future improvements for the river foreshore.

Their work has not been rushed but has been deliberative with robust discussion and and a strong sense of getting it right.

The roadworks that have been recently occurring are not as a result of the groups work, but they have been able to ensure the works tie in with the overall plan and theme.

Some of the bitumen in raised up areas are only temporary until the construction has been finished and will be planted out as part of the reference groups recommendations.

The group has involved Jenny Woodward, who is working with council to source the replacement trees – Port Jackson Figs.

The group has developed a marine theme involving timber and stone along with refurbishment of the wharves.

On the other side of the road in front of the shops outdoor tables and chairs and shading are also proposed.

This week should see the culmination of the planning stages by the group with on ground work commencing very shortly.

The recent best kept secret GeoQuest Adventure race which started and finished in Hawks Nest over the June long weekend has highlighted the need for council to ensure that organisers of events carry out their conditions of approval.

It was the responsibility of the organisers and not council to publicise the event and liaise with the various community groups and emergency services.

To this end council’s recently appointed community engagement officer, Tracey Farrant, along with the Manager of Tourism, Sharon Bultitude will be meeting with various community organisations and service groups towards the end of the month.

Further details will be available over the coming weeks.

Previous efforts over the past decade have seen a 96% reduction of Bitou Bush at Bennetts Beach, Jimmys Beach, Yacaaba Peninsula and Winda Woppa Reserves at Hawks Nest.

These fantastic results have meant that no aerial spraying is required in those areas this year, so Council is directing its focus to on ground efforts to manage remaining individual plants and seedling regrowth.

Aerial spraying herbicides from helicopters for the treatment of large tracts of Bitou infested land is an effective management technique that has been long used by land management agencies across the state.

Great Lakes Council participates in this cooperative and coordinated program annually on the Mid North Coast from Kempsey to the Great Lakes Region.