HOMEGROWN academic, Rachael O’Brien (nee Tarrant) has lots of reasons to celebrate this week, after being award a Doctor of Philosophy (Management) by the University of Newcastle. 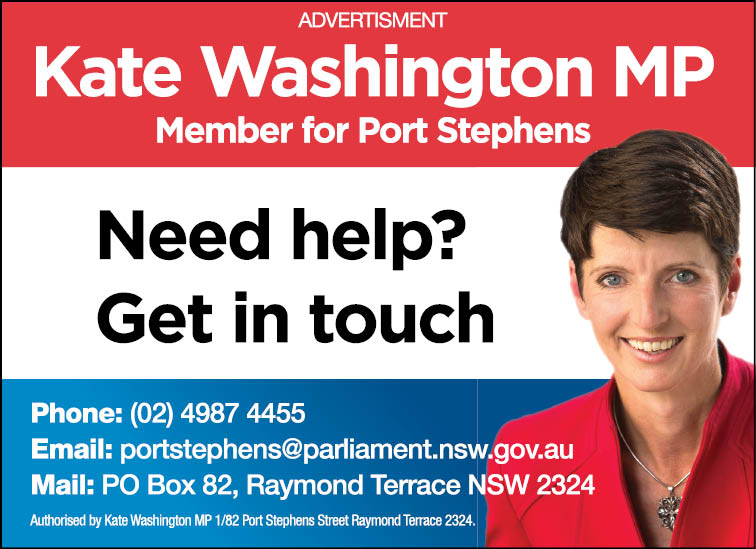 Rachael is the perfect example of the wonderful young people Port Stephens produces.

Rachael told News Of The Area, “I’ve been working clinically as a speech-language pathologist for about 16 years, but have resigned from my clinical role to pursue a career in academia.”

“Just this week I was offered a contract as a lecturer in speech-language pathology at the University of Newcastle, so it’s double celebrations for me this week.”

Rachael’s family are well known in Raymond Terrace, and are a special unit who have taught their children to strive for their dreams, and to be proud of themselves and their achievements.

Many old school Raymond Terrace locals will remember Mr and Mrs Tarrant owning ‘Hair 22’ for many years, where Rachael remarked she spent quite a lot of her childhood.

“Since then she’s worked incredibly hard helping look after my two little boys (Ollie and Dougal) while I completed my studies.”

Rachael’s father, Ken Tarrant, worked in the Salon at Hair 22, before selling and returning to University to study nursing.
He has been a registered nurse since 2000, working at the Calvary Mater, and the Maitland Hospital.

Rachael said, “He retired from nursing this year, and has also worked harder than ever helping look after my boys – who both have a wonderful relationship with their grandparents.”

Rachael and her husband Sean moved from Newcastle, to Dubbo, to Canberra and then in 2005 made the move back to good old Raymond Terrace, purchasing the house Rachael grew up in, on the family farm, Kinross farm (of Kinross tomatoes fame), in Raymond Terrace.

Congratulations Rachael on your achievements, and good luck with the next step of your journey.