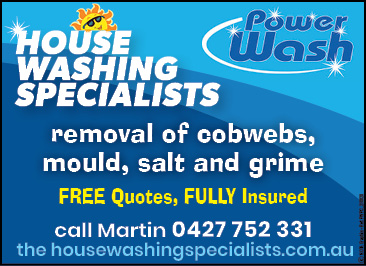 Cr Knight issued the call via a Mayoral Minute at the latest Coffs Harbour City Council meeting on Thursday, 13 August.

In May, Prime Minister Scott Morrison announced the Council of Australian Governments (COAG) would be replaced by the National Cabinet.

The Australian Local Government Association (ALGA) was a member of COAG.

“Local Government was not given a seat at the National Cabinet table,” Cr Knight said.

“Decisions about how our Federation works and how it can be improved or reformed require all three levels of Government working together to align their policies and programs.

“Australians expect the decisions of Government affecting them to reflect their grass roots views and to be implemented at the Local level as well as the State and National level.”

Cr Knight said National Cabinet and the Commonwealth Government were looking towards pro-growth policies to lift investment and get Australians back to work.

“Local Governments are willing and necessary partners in developing and implementing reform,” Cr Knight stressed.
“Reform involving the streamlining of legislation and regulation requires all the levels of Government.”

According to Cr Knight, the challenge facing National Cabinet over the coming months will be unlike any which has faced Australian Governments in recent times.

“It will require the concerted, coordinated and complementary efforts of all three levels of Government to rebuild consumer confidence, support business and recreate millions of jobs,” Cr Knight said.

Council has agreed to write to NSW Premier Gladys Berejiklian, Federal Member for Cowper Pat Conaghan and State Member for Coffs Harbour Gurmesh Singh to highlight the critical necessity for Local Government representation on the newly formed National Cabinet, and seek their assistance in requesting that First Ministers (the Prime Minister, State/Territory Premiers and Chief Ministers) review the decision to exclude Local Government.

Council will also seek a meeting with local Federal and State members to discuss the importance of having Local Government representation on National Cabinet, and the value of partnerships with Councils in achieving the objectives of the National Cabinet and the National reform agenda.