Police are appealing for information after a group of people were approached and assaulted by a second group of people, leaving a man in a critical condition in Chipping Norton yesterday.

Just after 12am (Tuesday 2 September 2014), a group of men and women were walking along Boolarong Avenue when a second group armed with bats and metal bars approached them.

Police have been told the armed group proceeded to assault three men and two women in the unarmed group.

Of the most serious injuries, an 18-year-old woman was punched and kicked, and a 22-year-old man was hit on the head by a metal bar.

The armed group fled the scene and emergency services were called.

The 22-year-old man was taken to Liverpool Hospital in a critical condition, suffering a fractured skull and bleeding to the brain.

The 18-year-old woman was also taken to Liverpool Hospital in a stable condition.

The remaining injured people were treated at the scene by Ambulance Paramedics.

As officers attached to Liverpool Local Area Command continue to investigate the incident, they are appealing for any witnesses or anyone with information on the incident to come forward.

Police have not made any arrests at this stage.

A 22-year-old man remains in a medically-induced coma in Liverpool Hospital as police continue their investigation into those responsible for assaulting him. 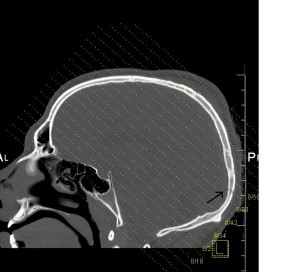 Just after 12am on Tuesday 2 September 2014, a group of three men and two women were walking west along Boolarong Avenue, Chipping Norton, when they were approached by a larger group armed with metal batons and baseball bats.

Police have been told the armed group proceeded to assault the others.

The most seriously injured was 22-year-old

, who was knocked unconscious by a blow to the back of the head with a bat or baton.

In addition to a fractured and lacerated skull, Mr Rajasuriar sustained abdominal injuries and fractured ribs.

Mr Rajasuriar was taken to Liverpool Hospital, where he remains seriously ill; he underwent surgery for bleeding to the brain, and is currently reported to be in an induced coma and in a critical condition.

By the time emergency services arrived at the scene on Tuesday morning, the alleged offenders had all fled the scene.

Police established a crime scene and seized a number of exhibits for forensic analysis, including fingerprint and DNA testing.

Detectives from Liverpool Local Area Command are investigating the incident, and have today renewed their appeal for assistance from the public.

“This can only be described as a sickening, cowardly and callous attack,” Liverpool Local Area Command Crime Manager, Detective Inspector Dean Johnstone, said.

“The blow rendered James unconscious, but it’s further alleged that a number of males from the group continued to strike him to the body with pole-like objects.

“Investigations to date suggest this confrontation was as a result of a dispute between two females, and Liverpool Detectives have already identified a number of people with whom we wish to speak about the incident.

“I am urging members of both groups to attend Liverpool Police Station to assist with this investigation.

“The attack occurred along Boolarong Avenue in Chipping Norton, and we would also like to hear from residents in that area with information about the matter.

“This incident is causing significant distress to James’s family, who understandably want to know how and why the attack occurred,” Det Insp Johnstone said.

Police have charged five males after an alleged violent assault in Chipping Norton earlier this week.

Just after 12am, Tuesday 2 September 2014, a group of three men and two women were walking west along Boolarong Avenue, Chipping Norton, when they were approached by a group allegedly armed with metal batons and baseball bats.

Police have been told the armed group allegedly assault the other group.

The most seriously injured was 22-year-old James Rajasuriar, who was allegedly knocked unconscious by a blow to the back of the head with a bat or baton. Mr Rajasuriar also sustained abdominal injuries and fractured ribs.

He was taken to Liverpool Hospital, where he remains in an induced coma and in a critical condition.

Five males were arrested; four aged 17 and the other aged 18 years. They were charged with recklessly cause grievous bodily harm and affray.

The 18-year-old was granted conditional bail to appear in Liverpool Local Court on Tuesday 9 September 2014.

The 17-year-olds were also granted conditional bail to appear in a children’s court on Monday 8 September 2014.