A MAN has been arrested for alleged involvement in a cocaine operation in Heatherbrae.

Police will allege the man was carrying cocaine as part of a South American crime effort to smuggle drugs into Australia and distribute them. 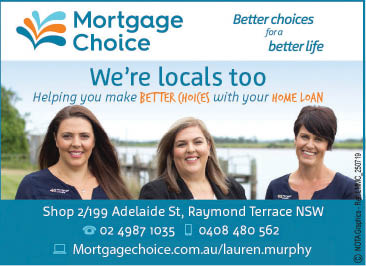 Currently, the Australian Federal Police have charged nine people across NSW, Queensland and the Northern Territory, dismantling the Colombian operation they say was capable of putting hundreds of kilograms of cocaine on the streets.

The Western Sydney man was arrested by Police at a Heatherbrae Service Station on Thursday 21 July on a journey from Queensland to Sydney allegedly couriering 11kg of cocaine inside two fridges in the back of a utility vehicle.

Police allege cocaine hidden in another substance inside buckets was being extracted at the rural property, which is believed to have been capable of producing 700kg of the drug.

Six people were charged in Queensland and a 33-year-old man, believed to be receiving instructions from overseas, was arrested in Darwin.

The AFP had been watching the set-up of the facility in rural Queensland and the 11kg of cocaine seized at Heatherbrae was the first batch the lab had produced.

Some of those arrested on Thursday have links to outlaw motorcycle gangs.

“We believe this syndicate was planning to distribute hundreds of kilograms of cocaine from this custom-built laboratory,” Assistant Commissioner Schofield said on Friday.

“What we found was that this syndicate was an unrelenting, well-resourced cartel that has gone to significant lengths to conceal themselves from Australian law enforcement.

“We believe the Australian arm of this syndicate was on-selling these drugs to other distributors.

“These organised crime syndicates are well-resourced and are operating as international business enterprises using multi-pronged approaches to achieve their business outcomes,” she said.