The community may be under the impression that not much is happening along the foreshore of Marine Drive and that concentration has been on the road works between Maxwell and Charles Streets. 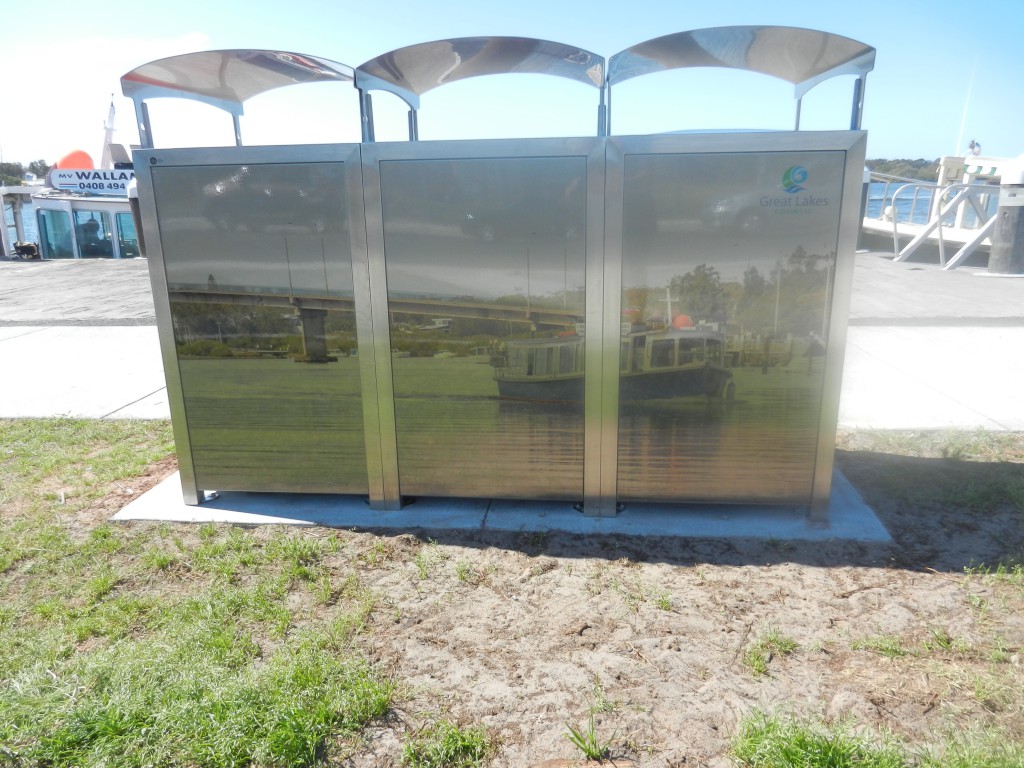 Visually that is true, however I am pleased to advise that as a member of the Foreshore Reference Group, there has been some paddling under the water and results are beginning to appear.

Council have installed 5 new garbage bins, which have a much larger capacity than the red and grey topped bins.

They have been decorated by attractive local photographs and fitted with a wave top configuration which will also be a feature of the proposed shelters.

As funding permits, more will be installed along the foreshore.

Council has also installed a new, single unit ferry timetable to replace the previous individual boards and should be a greater convenience to ferry passengers.

Two Port Jackson Fig trees are here in Tea Gardens waiting for their new home and will be planted as soon as protective tree guards are available which are to be produced by the T. G. Men’s’ Shed.

It is our objective to have these trees enclosed by seating surrounds as soon as practical and Council are currently sourcing a supplier.

A search is underway to source more mature trees to replace those trees identified for removal, however they will remain in place until replacements are located and new shelters are installed.

Council are negotiating with a supplier for a number of new shelters which will incorporate a wave roof design, and we hope that orders can be placed in the near future.

They will provide much needed shelter to ferry passengers, visitors and residents.

I am glad to report the ugly and dangerous ferry wharf deck is scheduled for resurfacing and we hope completion will be achieved before the Riverside Festival to be held 31 October.

The new wharf announced prior to the last State election is still on the wish list and is unlikely to be started until next year.

This despite being approved under the Better Boating Program and funding announced through State Government. 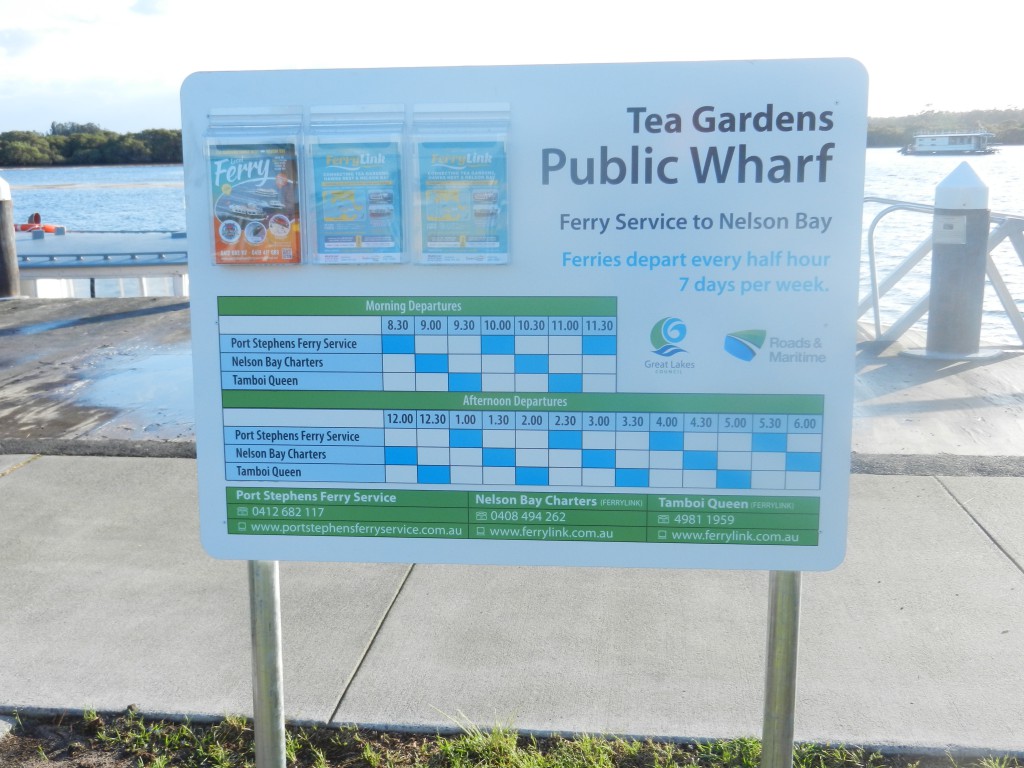 The unsightly power poles will remain along the waterfront for the foreseeable future and suggestions have been proposed to illustrate those poles in similar fashion to other communities along the coast.

The suggestion does have a great deal of support from the community.

The Reference Group is committed to continue working with Council in achieving a great outcome for our foreshore.

We intend providing sufficient and attractive shelters, shade trees, barbeque sites and seating along the riverbank.

The aim is to bring a cosmopolitan ambience with outdoor areas for the restaurants and coffee shops along the strip and beautify the current plain concrete blisters on the corners of Maxwell and Marine Drive.

Something we can all call ours, be proud of and all agree that “IT IS BETTER BY THE MYALL.”

One thought on “Marine Drive Tea Gardens developments and action”