It has been around fifteen years since the concrete barriers, on the Pacific Highway that winds through Bulahdelah, have been present. 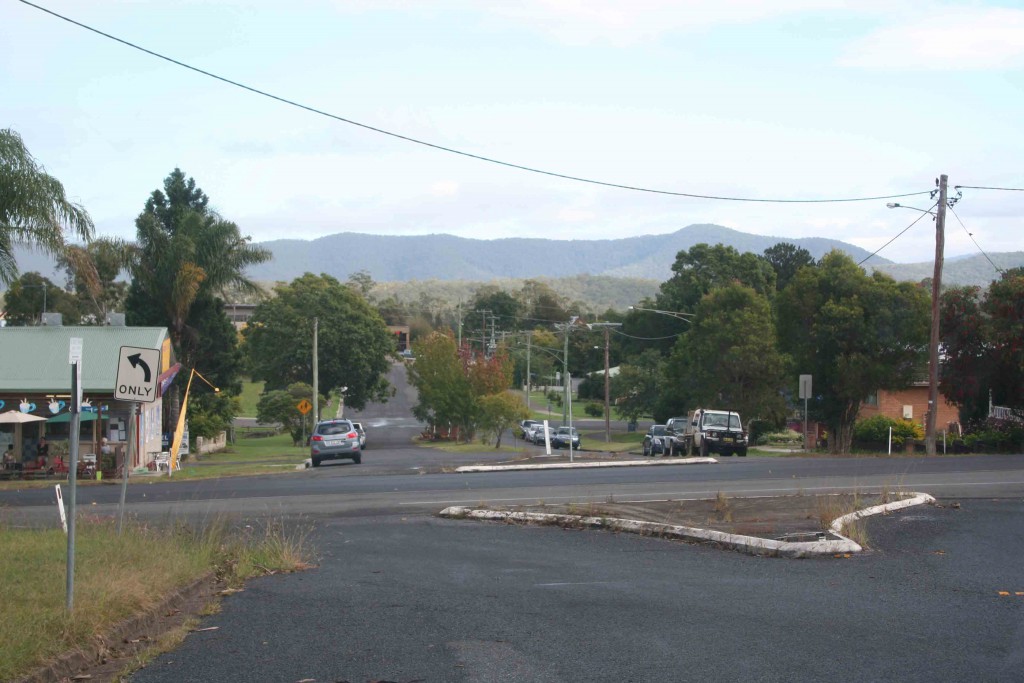 Over the past couple of weeks those concrete barriers have been removed and the road has been levelled and in some places new tar has been laid.

Since the opening of the Bulahdelah Bypass the Pacific Highway (which has been renamed Bulahdelah Way) is no longer a site of traffic jams during peak holiday times or a road containing high traffic flow.

However the intersection of Meade Street and Bulahdelah Way still contains a traffic island on the east side and drivers coming from Bulahdelah Central School and the east end of Meade Street must be aware of the left-turn only sign that still remains.

Myall Coast News spoke to Wade Holmes, Traffic Engineering Department at the Great Lakes Council and confirmed the future plan for this site.

“The traffic islands will be removed and the Meade Street and Bulahdelah Way intersection will become open to four way traffic in the form of a roundabout.”

The completion of this project has been programmed to occur but the timeframe has not been confirmed.

This is due to a number of storm damaged roads that will need to be fixed first.

A local resident from Bulahdelah who sees the passing traffic each day from her business applauds the idea of Meade Street being accessed this way.

“One of  the main streets of Bulahdelah is Meade Street and it would be good for tourists travelling from the north to enter Meade Street and pass the Cenotaph, the School of Arts and access Wade Park from this turn-off.

When tourists enter Bulahdelah via Stuart Street, they are not actually seeing the centre of the township of  Bulahdelah.”