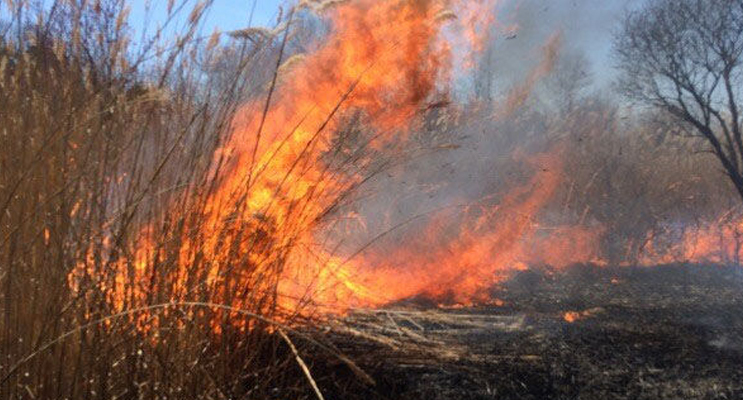 Matthew Malone, 25, and Wade Arthur, 27, had finished up for the day and were heading home, when they saw a lot of smoke up ahead.

On the corner of Medowie and Ferodale Road, they came upon several small spot fires alight.

Matthew told News Of The Area, “We are just a couple of local concreters that were on our way to the bottle to grab some VB’s when we seen [sic] multiple spot fires scattered through the bush, so we quickly pulled over.”

They pulled their car to the side of the road, and were informed by other residents who had stopped that the fire brigade was on the way.

Matthew and Wade were concerned about how quickly the dry grass could go up, and decided to take matters into their own hands.

“We grabbed a big branch each and proceeded to put the fires out – it didn’t take a lot of effort at all,” Matthew told News Of The Area.

“The brigade then turned up and hosed the whole area to make sure nothing would reignite – there were a few nearby houses and I know what bushfires can be like in Medowie with the very thick dense bush land,” he said.

These two young men showed a great deal of initiative and care for others and their property.

With the bushfire season upon us, Medowie is grateful for community members like Matthew and Wade who are quick thinkers, and who do not hesitate to lend a hand to help others.