MEDOWIE is a growing community. 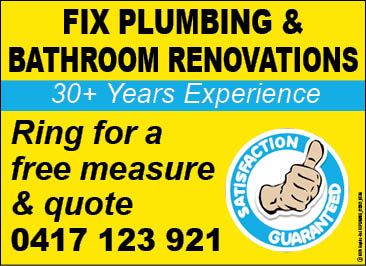 The Medowie community is one step closer to having their first ambulance station, with construction now underway at the Ferodale Road site.

Ambulances from Raymond Terrace, Lemon Tree Passage and Nelson Bay currently service Medowie and these vehicles and teams are often diverted across the region, and shuttle patients to John Hunter Hospital.

Parliamentary Secretary for the Hunter Taylor Martin said the new purpose-built ambulance station will ensure local paramedics have the equipment and facilities they need to deliver high-quality emergency care now and into the future.

“Medowie will benefit from the Coalition Government’s investment in rural and regional health infrastructure to support better health outcomes for our region,” Mr Martin said.

“The Medowie Ambulance Station will include internal parking for up to six emergency ambulance vehicles, relief accommodation, administration and office areas, logistics and storage areas, an internal wash bay and staff parking once complete in early 2023.”

“This is a huge win for the region, with the new station set to include the latest equipment and facilities to ensure our paramedics can continue to provide the care and support the community needs and deserves,” Mrs Taylor said.

“The new Medowie Ambulance Station is being built in the optimal location and will enable paramedics to deliver the best out of hospital emergency care to the Medowie community,” Ms Lorenzen said.

The NSW Government has invested more than $9 billion in NSW Ambulance services since 2011 including $1.4 billion in the 2021/22 budget.

“Local families deserve to have confidence that an ambulance will turn up quickly when they need it most.

“Since I was elected, local residents have been sharing their experiences with me, and raising their voices about the dire need for a local station.

“Their stories have given me the fuel I needed to fight for a local station – I’m relieved the NSW Government has finally responded.

“Our local paramedics have been doing all they can with the limited resources they’re given.

“But, local residents are continually being forced to wait far too long for an ambulance to turn up.

“This new station is the first step towards getting help to people sooner, but we also desperately need more ambulances and more paramedics to meet the needs of our growing community,” she said.