Chances are if you are a local to Medowie, this sentence will sound familiar – and most will be able to pick where from.

The Medowie Assembly of God Church (AOG) has had their prominent sign on the road in to Medowie, delivering this important message, for twenty years.

It’s due for an update soon, and News Of The Area thought this would also be an appropriate time to spotlight some of the wonderful things this church group is doing for our community.

Medowie AOG church runs services from the Medowie Community Centre, but runs welfare programs in Medowie – some that you may have heard of and frequented, and others you may not have.

Senior Pastor, Adam Cook, told News Of The Area, “Our welfare programs, which include Opportunity knocks Medowie, and Foodway are Church based charities we run.”

“It is part of the calling God has placed on our church, to show the practical love of Jesus Christ. In this, we are showing the community of Medowie that God still cares, and so do we,” he said.

The Opportunity Knocks store offers reasonably priced clothing, shoes and bric-a-brac to all members of the community and is open Monday to Friday 9:30am-3pm and Saturdays 9-12noon.

The Foodway program at 60 Silverwattle Drive is a wonderful service to Medowie, offering concession card holders and families in need fresh fruit and vegetables, bread, groceries and care items.

They are open Wednesday and Thursday 9:30-2pm.

They also offer a hot lunch at Foodway to those in need, from 11-1 on Wednesdays and Thursdays, which can be obtained simply by knocking on the rear door of the house – where the meals are cooked and handed out by volunteers from the community.

Adam Cook told News of The Area that they heavily rely on the donations they receive from the community, and the work of the volunteers.

“We could not do what we do without our volunteers, with over 40 working with us, said Mr Cook.

“They not only do what we do, they have become part of what we do and every one of them plays an integral part – they are the best volunteers around!,” he said.

Many other businesses have also helped the Medowie AOG over their years in the community.

“These businesses have been part of something much bigger than they know, as we feed and clothe over 1500 families from the Port Stephens and greater council areas,” Adam Cook told News Of The Area. 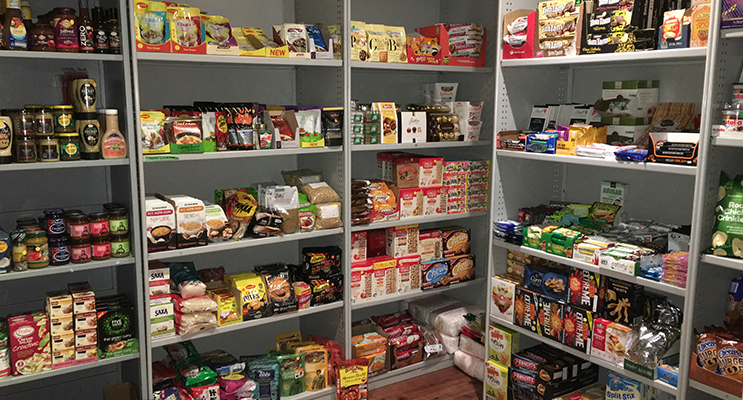