THE Port Stephens community of Medowie has benefited from the generosity of others when suffered from natural disasters in the past. 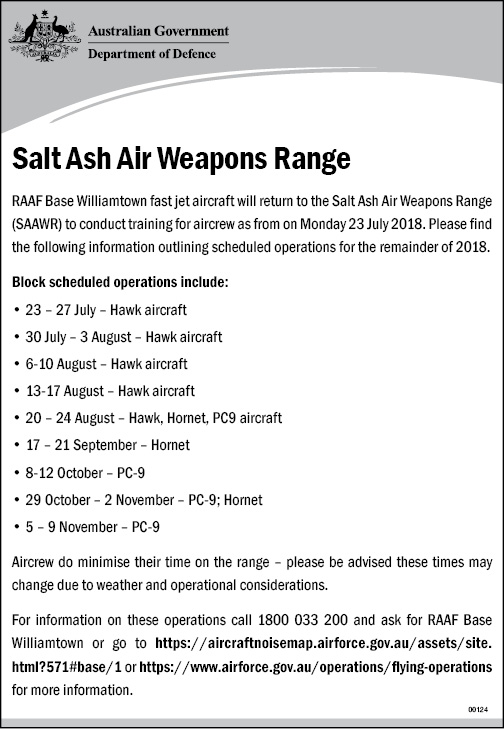 Now the township are coming together to support the many drought affected farmers in NSW.

The ‘Medowie Bale Out The Drought’ fundraiser has been created by Medowie’s own Ben Niland, Rod Kerr and Chris Doohan.

The Bull & Bush have already donated $5000 and are also providing the venue for big fundraiser on Sunday 12 August.
So, how did this all start?

Through a casual conversation.

“Chris and I were talking to another local Brian Newman who travels up to Tamworth three days a week with his work and he was telling us how dry it is out there,” said Ben Niland.

“He said ‘Ben it’s as dry as a chip over there and those poor buggers are doing it tough on the land’ so Chris and I looked into it and found that there is plenty we can do with the community’s help.”

The ‘Medowie Bale Out The Drought’ fundraiser’s mission to have truckloads of hay heading to western NSW by the end of August.

You can make tax deductible donations via the buyabale.com.au website.

Details for the fundraiser day will be announced shortly.