FOR Medowie couple Nellie Ingles and Glenys Creighton, the Marriage Equality vote was a turning point in their lives. 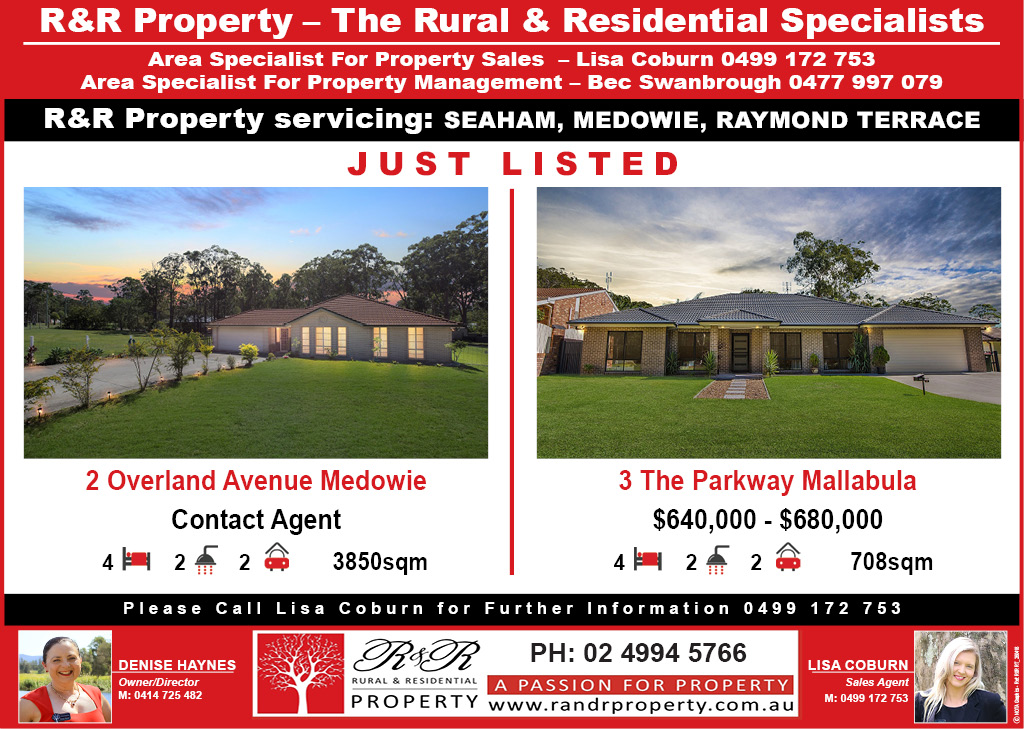 They legally married at their home in Medowie or 23 March, after 21 years of a deep friendship that turned into love.

Nellie and Glenys met in Nelson Bay, and shared their first home in Fingal Bay.

The pair moved together to Newcastle with Glenys’ daughter Caitlin and bought a home there, before the three took a leap of faith and moved to Queensland to a beautiful acreage setting in the hinterland of Noosa at Cooroy.

After a wonderful 12 years of wonderful memories and lifelong friends, they decided to move back to Port Stephens.

Nellie told News Of The Area, “We looked for something that had the same community and country feel and we couldn’t go past Medowie.”

“We both knew of Medowie, as Glenys’ father was Mayor of Port Stephens twice and even has a street named after him not far from where we live.”

In November 2017, Nellie and Glenys took a cruise to celebrate their 20 years together.

The day they sailed back into Sydney was the day they were to announce the results of the postal vote.

“We watched the announcement at my parents place in Sydney, and we all cried and hugged and popped the cork on a bottle of champagne.” Nellie said.

“In December when the Bill passed in Parliament with a majority vote, we were so excited that we both got down on bended knee and proposed.”

“WelI, I went first and then Glenys, because we couldn’t be on bended knees together because we had to help each other up off the floor.” she added, laughing.

Their wedding was very much a family affair, surrounded by their loved ones from various states of Australia.

Chrissy Hampton from Medowie was their honoured celebrant for the occasion, and their children and close friends, Caitlin Cox, Tim Cox and Deborah Clark played important roles as MC’s and attendants.

Nellie and Glenys had waited over twenty years to finally have their relationship acknowledged and recognised legally in Australia.

Nellie said, “It surprised both of us as to how different we do feel.”

“Being married has bought with it a new level of security we never had before.”

“I feel a sense of pride that I am now married to the love of my life and can introduce her as my wife.”

Glenys said, “I feel grounded, and it has bought me a sense of relief that we share exactly the same rights that all married couples have.”

“We finally feel ‘normal’ because we are now just like all other married couples,” she said.

News Of The Area congratulates Nellie and Glenys on their very special, and long awaited day.