THERE are hundreds of stories to be told about the effort of our ‘heros’ within Port Stephens. 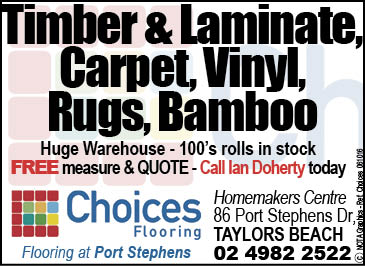 Let us bring you one: Medowie’s fire trucks have been very active during this bad start to the bushfire season, with one truck, Medowie 7, leaving a couple of months ago to assist Northern NSW and Southern QLD.

Whilst the crew who drove the truck up north have since returned by air, it has remained to be used by other firefighters from the RFS, CFA (Victoria) and Victoria Forestry.

Denis Latchford from CFA Victoria told News Of The Area, “The NSW trucks are a little different to ours, but they are great.”

The trucks, being a state resource, are distributed around as needed throughout NSW, so Medowie 7 has been assisting in Tenterfield, Glen Innes, Grafton, Kempsey and Nambucca, with the firefighters working on her sending photos through to the local brigade to keep them updated.

Once the work is complete, the truck will go in for a service and overhaul before being returned.

Whilst Medowie residents may be concerned that h=there is a truck short in the station, Darryl Luck, Firefighter with Medowie Rural Fire Service, told News Of The Area, “We still have back-up as always from neighbouring brigades and Fire and Rescue NSW.”

“On days of potentially bad fire behaviour, multiple brigades will be responding to any bush or grass fire call as a pro-active and precautionary measure.”

“Salt Ash, Karuah and Raymond Terrace are often called to the same jobs as us, and if not needed, they simply return to their station.”

Darryl added, “The best help for us if there is a bad fire in the area is for people to activate their bushfire plans.

If people have a plan to leave and act as planned, then we have one less worry, and the protection of people is the biggest worry we have, so by helping themselves, they are helping us in a big way.”

A timely reminder as we head into the dangerous bushfire season.