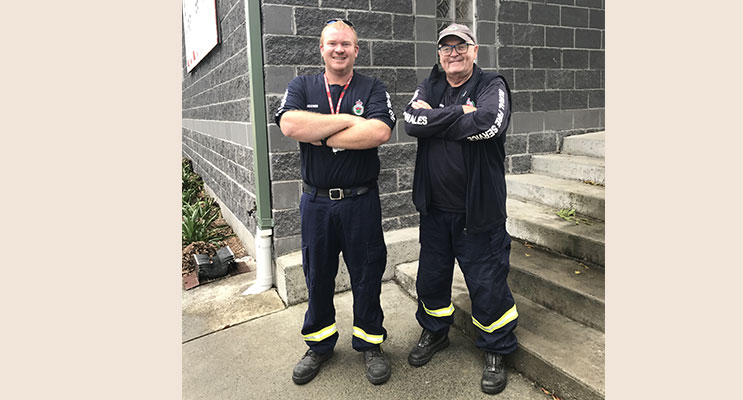 Lismore Not Too Far Away For Local Firies

THE Medowie Rural Fire Brigade is well known in the local area for selflessly volunteering their time in times of bushfires emergency.

This time, two of their own, Deputy Captain Mr Harrison Wright and Mr Garry Higgs, have outdone themselves and served their Brigade well by volunteering to travel to Lismore to assist with the flood emergency that has taken over the Lismore region in the past week.

News Of The Area was able to catch up briefly with Mr Wright before he left.

When asked why he and Mr Higgs is helping out people so far away, the community-minded Mr Wright replied, “We go to help wherever we are needed really.”

“The local crews up north would be exhausted from the work they’ve been, and time and time again out-of-area crews have been on hand to help our community in times of struggle.”

Mr Wright and Mr Higgs both have skill sets that are desperately needed by the storm ravaged towns they will be helping.

Mr Wright explained, “Given the nature of the disaster, we will be utilising our skills and expertise in Safe Working on Roofs as well as Chainsaw Operations.”

Although on leaving from the Station at 8am on Sunday morning the two men did not know where they were going, only knowing they were on assignment and would be told once they started traveling where they were needed, Mr Wright told News Of The Area, “We hope to be clearing fallen trees from roofs and roads, as well as providing emergency measures to prevent water damage from leaking and damaged roofs.”

The Medowie community looks forward to welcoming back two of its own once the volunteering work is done.