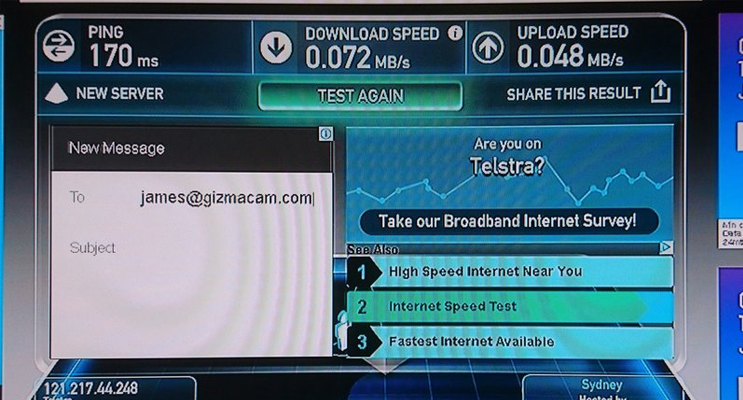 THE problem of congested internet service in Medowie continues to frustrate locals, but there may be change on the horizon.

Since our initial report on local man, Adrian Drummond, and his efforts to circulate a petition and make Telstra take notice of the lack of service provided to Medowie, there has been some improvement for some homes.

Mr Drummond has been working hard with the petition, and communicating on behalf of locals with Telstra, and the CEO Andrew Penn.

Mr Drummond successfully had his complaint escalated, and finally has had a positive outcome.

Mr Drummond gave this advice to News Of The Area, for locals still experiencing congestion, “I think that if you commit to following up non-stop and pushing them for change, you will get a result.”

“Stay calm, but firm with them and don’t accept their generic script responses – take them away from their responses by asking hard questions and demanding a personal response to your case, and your home.” Mr Drummond said.

Mr Drummond has been actively chasing a resolution since September last year, and has shown that individual effort can bring about a result.

Mr Drummond said, “Perhaps if a large number of affected residents were to actively demand Telstra provide the service we pay for, then they may accept that Medowie’s service needs a lot of work – and do something about it.”