LADIES of Medowie who love rugby league need no longer sit on the sidelines, with the inclusion of a Raymond Terrace team in the Newcastle and Hunter Competition for Women. 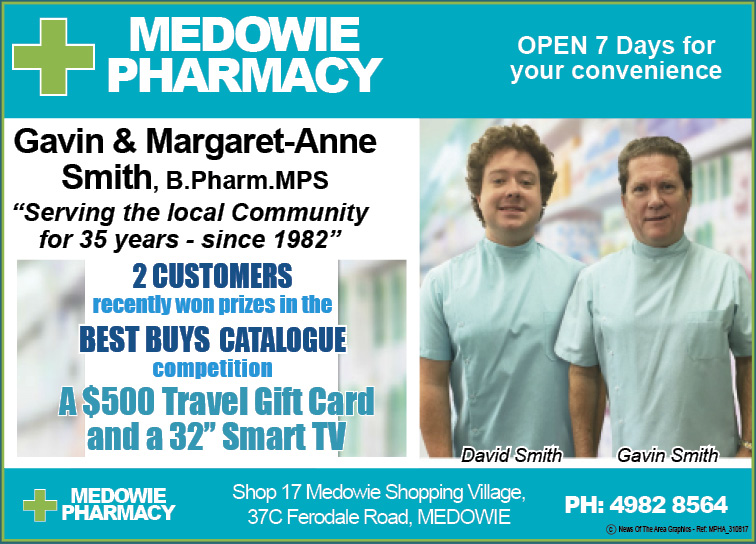 Several Medowie ladies have joined the Raymond Terrace Ravens, during their first year in the competition, joining 13 other teams in the women’s division.

Of the 25 team members, 13 are mothers who have children that play for the Raymond Terrace Roosters Junior Rugby League Club, and who until now have really only been involved with football in the capacity as either club volunteers or parents supporting their children in their chosen sport.

Tamara Stewart from the Ravens told News Of The Area, “Our youngest player is 16, and even though there is a large age range, all the teammates get along extremely well, I think the wisdom and maturity is balanced out by the youthfulness and enthusiasm.”

When the ladies first came together, it really was starting from scratch.

A few had played in a charity match together last year, which was their first real taste of playing football.

These ladies have an amazing attitude towards the game, and are a great support to one another on and off the field.

“They have made an incredible achievement to make it into the finals in there first year of playing together,” Tamara said.

“I am very proud of this team, they really are a great role models that exhibit true sportsmanship, we have watched many other ladies teams turn on each other during a game, but this bunch of ladies just seem to build each other up even if we are losing, they really are incredible.”

The girls were triumphant again this weekend in their semi final match, and will play again next weekend in the next round of semi finals, headed hopefully for a very successful end to their first season in the competition.

One thought on “Medowie ladies join The Ravens”