IT was the final round of the NHRU Rams Cup this weekend and the Medowie Marauders are looking like mean final contenders after vanquishing the Newcastle Griffins 31 to 5 at Heaton Park, Jesmond. 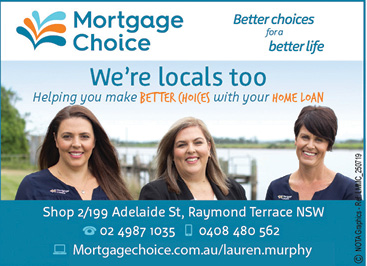 The heat was on the Griffins from the get go as the Marauders pack powered up the park and through the Griffins’ piggies with Zane Stone, Tevita Qorovarua and Sam Holbert at the spearhead.

Medowie fly-half Jessey Bridge had the ball on a string as he placed the pill off his boot behind the Griffins line time after time to wear the opposition down.

With only five minutes gone the ball was spun wide to powerhouse winger Orisi Vosuqa who crashed through the Griffins defences to put the marauders up 7 to 0 as the kick was converted by Captain Eric Tolhurst.

From the restart there was no rest for the Griffins as another piece of champagne popping play from the Marauders’ outside backs sent fullback Red Norton over for a try.

The score was 12 to 0 after 10 minutes of play, but if the Marauders thought they had it in the bag they were sorely reminded otherwise with the Griffins bouncing off the back fence and belting the Medowie men for the next 20 minutes.

Through some slick hands the Marauders were able to cross just before halftime when Brody Morley dusted the chalk to take scores to 17 to 0 at oranges.

At the restart the Marauders kicked up a gear with Mitch Powell, Jake Lightbody and Lex Takarua rumbling the ball through the Griffins’ trenches.

The blitz paid off with former NSW Country Cockatoo Paul Mlotkowski crashing over the line off of a delicate short ball deep in Griffins’ territory.

It took the scores to 24 to 0 with the kick successfully slotted by Tolhurst and when Tevita Qurovarua crashed through three defenders from the scrum base for a try the day was all over.

The Griffins grabbed a complimentary try in the dying stages for their efforts with the whistle sounding the scores 31 to 5 to the Marauders.

“I was really impressed with our attacking shape and our ability to string multiple phases together today,” said Lancaster.

“The Marauders always enjoy playing the Griffins and have a lot of shared history with the club.

The Marauders play Cooks Hill at No. 2 sports ground next weekend in the first finals round of the Rams Cup with the winner straight through to the grand final in a fortnight’s time.