MEDOWIE Netball Club has long been dreaming of the room to stretch out and play to their hearts content with all teams having the room to train alongside each other. 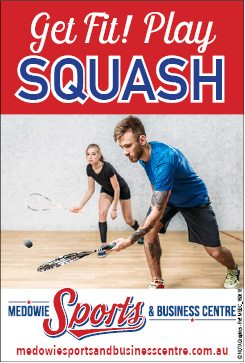 That dream is finally a reality, with the opening of their two new courts this week at the Ferodale Oval home courts.

Medowie Netball Club has doubled in size in the past five years and urgently needed these two new courts in order to accommodate the 28 teams, plus 22 ‘Net Set Go’ players (4-7yr olds).

Up until now, at any given training session there was often up to three teams sharing a court due to the lack of space.

The Medowie Sports Council including Medowie Netball Club representatives, Kerry Whitty and Caroline Hollings, along with Deputy Mayor Councillor Chris Doohan, had many discussions and meetings over the planning and construction of the courts.

Kerry Whitty told News Of The Area, “Medowie Netball Club are extremely excited to have the two new courts, and now have our sights set firmly on our next goal, where we will now get started on applying for a grant to accommodate new lights and silver seats to complete the courts.”

The Teams which were attending training and the celebrations on Wednesday to christen the new courts and post pads were; Hotshots, Sparkles, Meerkats, Malteasers, Minions and Mustangs.

Medowie Executive Committee members and representatives from Port Stephens Council were also there to witness the first session on the new courts, and the official ceremony as they were opened by Councillor Chris Doohan.