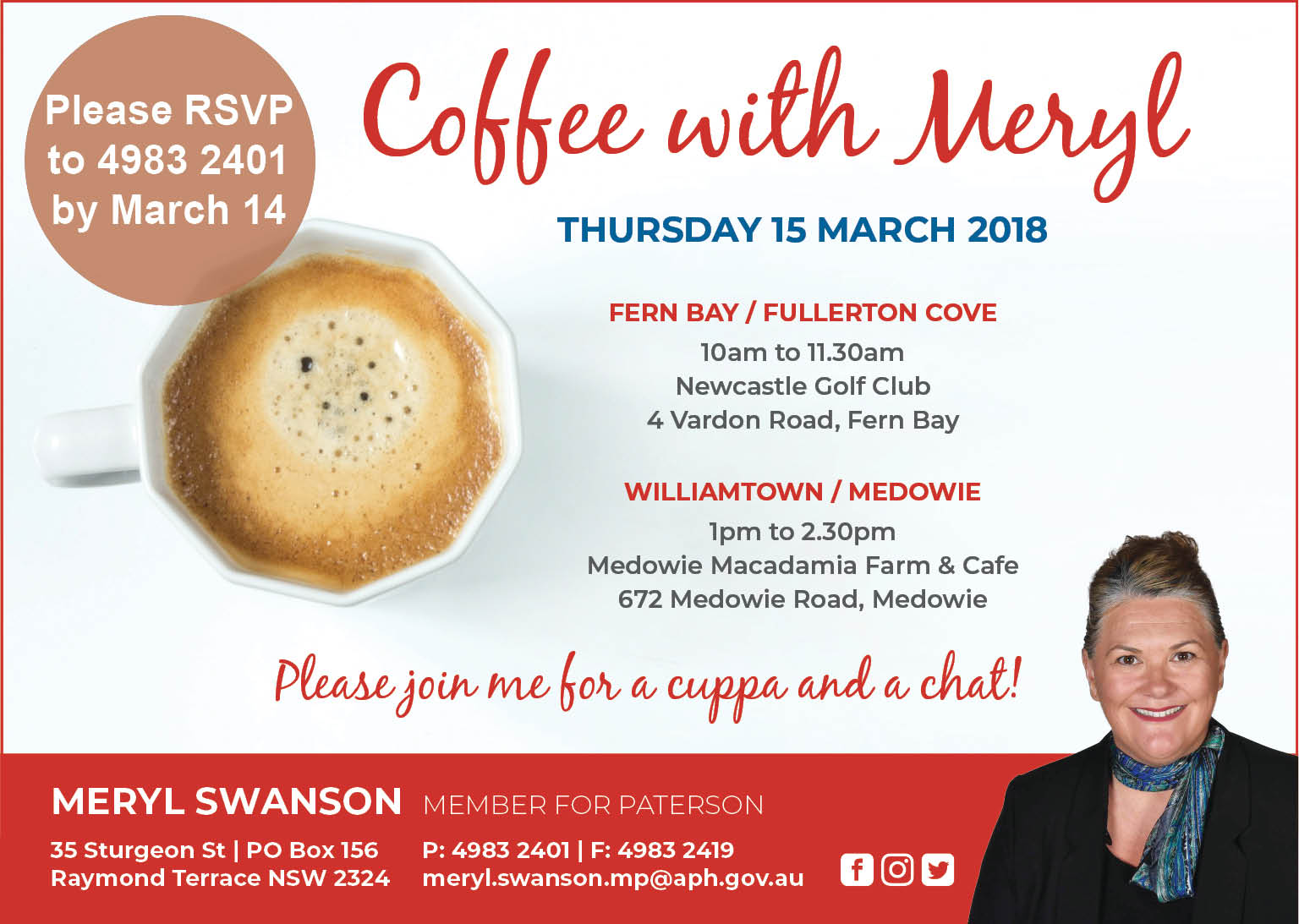 Williamtown McDonald’s organised a group of volunteers to tackle several areas around the town with a good turn out.

Tilligerry Peninsula put on a great event, with a large turn out of community members and group volunteers who tackle some big areas, including RAF Park, Henderson Park, the duck pond and volunteers by boat who went out to Bull Island.

They joined together for a well earned break for lunch at Lemon Tree Passage waterfront.

There was an excellent roll up from the Medowie Scouts and Cubs, as well as community members and nearly a dozen members of the Medowie Tidy Towns group.

Geoff Dingle from Medowie Tidy Towns told News Of The Area, “This year we had participation from a number of residents in Turnberry Lane Pacific Dunes so the challenge goes out for next year to Medowie residents to form a team and clean up their own residential streets.”

“Great to report that this year’s volumes of rubbish in parks and reserves appears to be down on last year, this could reflect a hot summer but we like to think it also reflects a responsible community that cares about its environment and appearance.”

“One of our brave community volunteers put on his waders and took to Tallowwood pond to retrieve numerous old bike frames and tyres that have rotted in this popular duck feeding pond, so well done completing a smelly job, but much needed clean-up, a great outcome.”

During the collection Medowie Tidy Towns members noted building waste dumping on Councils land next to Muir Rd, which is currently on the market for expressions of interest, this has been reported to Councils compliance staff.

It is wonderful to see this event still going strong in it’s 27th year.

Residents are encouraged to get involved next year by checking on the Clean Up Australia website to search using your postcode for an event near you.