Rural fire brigade crews from Medowie were busy last night after a call-out to a fire around the Hunter Water land on Banjo Trail, located off Ringwood Road Medowie. 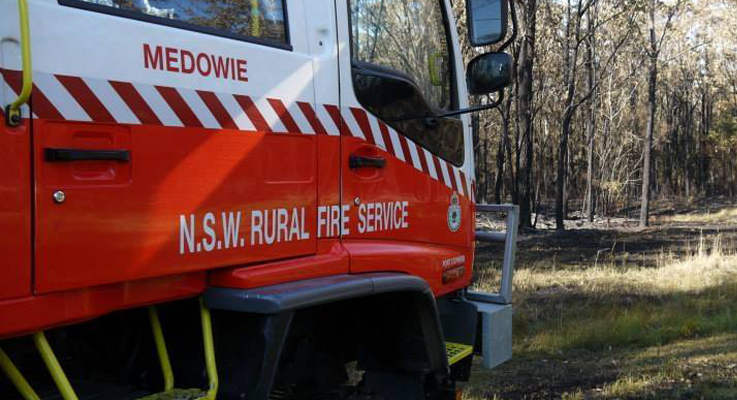 At around 9:15pm Friday 27 May, two of the Medowie Rural Fire Brigade trucks were on the scene.

They had the blaze under control with some assistance of the Raymond Terrace RFS.

Captain Andrew Collins from the Medowie Rural Fire Brigade told News Of The Area, ”The blaze was reignited from an earlier fire of a vehicle that had been set alight”

“It is believed the vehicle was stolen.”

“It reignited because of the high winds we are experiencing presently,” he said.

Captain Collins said, “A couple of hectares were alight, but it was a relative easily manageable fire for us, despite the winds.”

With the News Of The Area’s first edition coming out next week Mr Collins was also aware of the new local media, servicing Medowie and surrounding areas.

“Yes, I’ve heard of you. I’ve seen the news stands around town – fantastic for Medowie.”

News Of The Area thanks Captain Andrew Collins for his kind words and we also thanks the Medowie RFB for a great job last night.