AS Local Government Elections approach, News Of The Area is introducing you to the candidates for the Election. 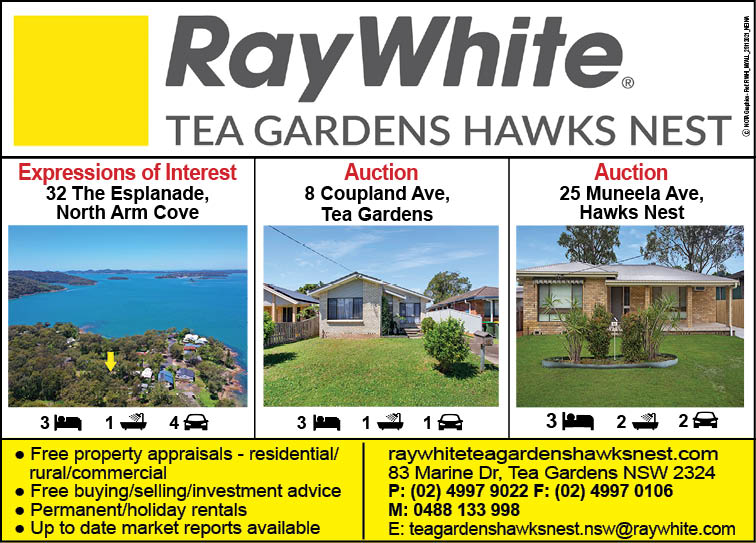 Katheryn was elected a Councillor for the MidCoast last election and would love to continue her work if re-elected.
“I still feel I have lots to offer.

“Over the past four years I’ve gained experience and feel as though now I have the understanding, especially for all the diverse communities, of the gaps of each area and what needs to be done,” Katheryn said.

“I feel like there’s a lot that can actually be achieved now; the hard work has already been done over my last term and now it’s more about implementing and supporting the strategies that have already been identified,” she said.

John Sahyoun has been a local of Bulahdelah for 35 years, advocating for business and tourism and has joined Katheryn’s ticket, supporting her ideas and values.

“I’m a believer in good, transparent and responsible governance and Katheryn has demonstrated over the years that she’s an active participant within the political process.

“I’d like to make a difference in my part of the world- living in a rural area I’ve found that rural issues are missed and we don’t have all that much representation.

“I’m happy to give a local voice”, John said.

Joining Katheryn and John is Lance Fletcher, a Tuncurry/Forster local who is committed to local sport and youth and an advocate for people with disabilities; Stewart Carruthers, a Gloucester business owner who is passionate about small towns not being forgotten; Mydie Keegan, a Krambach local who advocates for mental health services and is an active volunteer throughout the region; and Simon Eyre, two years fresh to the Manning bringing his qualifications in Environmental Science, Ecosystems and Biodiversity.

Katheryn is a strong advocate for water security, particularly after experiencing the recent drought.

“The drought in Gloucester was terrible, we were transporting water from Tea Gardens,” Katheryn said.

“It wasn’t just people who were connected to the water that needed it; anyone who used the river source, practically the whole region, had the demand but the supply wasn’t there.

“Water security across our whole Shire is something that is absolutely essential,” she said.

Alongside this, Katheryn believes in advocating for those with low incomes.

“When it comes to things like Council’s fees and charges I really believe that if fees can be kept as low as possible, that can make a difference to many in our community who are struggling.

“For example – things go up by 50c when there is really no need.

“When you’re a struggling family, all of that adds up,” Katheryn said.

Running as an independent, Katheryn has never been a part of a political party and is ready to continue implementing plans which she worked on in her last term.

“Every area of the MidCoast is unique and so it’s really about finding what each area needs and supporting them and I really hope that I get to continue advocating for all of our communities if re-elected this term,” Katheryn said.