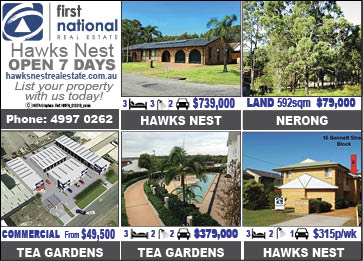 Mr Embry, who headed Council’s Corporate and Business Systems division, will remain in the relieving position until a permanent replacement for Glenn Handford, who announced his resignation in December last year, is appointed.

Speaking to media last week, Mr Embry said he will be focusing on the delivery of projects during his tenure.

“I need to continue the current work that the Council is doing and deliver the key projects across the community,” he said.
“I will be working with the Council on the delivery of those and ensure that we stay on track.”

The motion to appoint Mr Embry was moved by Cr Len Roberts and seconded by Cr Karen Hutchinson.

This includes appointing a selection panel to be made up of Mayor David West, Deputy Mayor Katheryn Smith, three Councillors and an external recruitment advisor.

Meeting agenda documents state that the cost of engaging an external provider could be up to $40,000.

An amendment, moved by Cr Peter Epov and seconded by Cr Kathryn Bell, for the panel to include five Councillors elected by ballot was declared lost.

It has been reported that some Councillors believe discussions may have occurred ‘behind closed doors’ prior to last week’s meeting, excluding them from having a say in the decision.

It is expected that the new General Manager will be appointed by the end of April.