DINGOS are a hot topic in the Myall Lakes Region.

The area has recently been declared a hotspot by a University of Sydney Study for dingos living in the wild.

MidCoast Council is urging residents and visitors around Tea Gardens/Hawks Nest to be aware of increasing dingo/wild dog activity, including instances of aggressive behaviour towards people and pets. 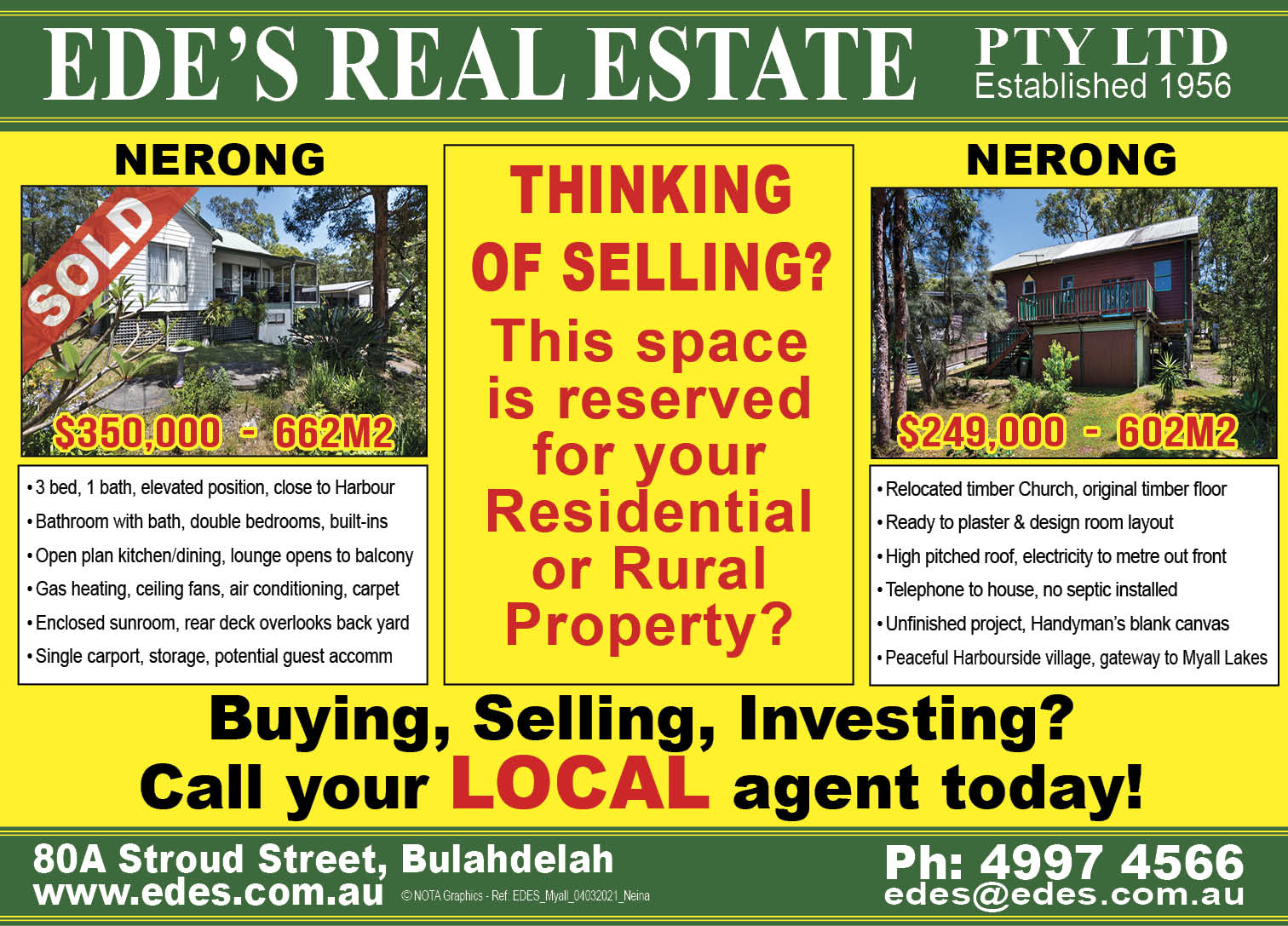 There have been a number of reports received in recent weeks of dingoes threatening and even attacking residents and visitors and Council is urging the community to take safety precautions and be mindful of wild dog activity in the area.

“It is based on a model adopted for Fraser Island, Queensland.

“The procedure is based on maintaining a record of dingo sightings and observations of behaviours.

“The behaviours are ranked on a sliding scale from benign / acceptable to unacceptable.

“Under the procedure, when an acceptable-behaviour threshold is crossed by an individual animal or pack of animals, then Council engages the services of a contractor to implement controls.

“This scale of escalating behaviours is usually associated with the animals losing their fear of humans from being fed, encouraged or accessing domestic food sources (rubbish, etc),” he said.

“There are no plans for a widespread cull as has been reported on Facebook pages this week.

“The message is clear, feeding a Dingo/wild dog is not helping the animal.

“Penalties apply for anyone caught doing this.”

Bell said that while most observations and interactions in Hawks Nest involve acceptable dingo behaviours, Council had seen instances where the behaviour of some animals has crossed the acceptable threshold.

“This has involved the dingoes / wild dogs attacking people’s pets and displaying aggressive or threatening behaviour to people.

“As such, in accordance with the procedure, animals involved in these instances will be targeted for control.

“The animals tend to have a natural fear of people and tend to avoid interaction.

“By feeding dingoes, the animals lose their fear of people.

“With people providing food for dingoes or the dingoes accessing rubbish and other food wastes, then instead of hunting natural prey and roaming widely across the landscape, the animals become attached to the resource and invest in defending their territory against other dingoes, as well as domestic dogs, increasing the risk of aggression.”

The important message for the community is to never feed dingoes, never encourage them and never allow them access to rubbish, bait, fish or other foods.

Dingoes are naturally lean and are not under-nourished.

Council has been working with the NSW National Parks and Wildlife Service and Local Land Services to develop more uniform dingo/wild dog management procedures in the local area.

“We know that once dingoes become comfortable or confident with people, their behaviours can escalate quite quickly, and this begins when people feed them,” said Mat.

“We need to recognise that dingoes are naturally very lean and they are very capable and effective at finding their own food, naturally ranging widely across the landscape.”

Council is in the process of commissioning and installing new signage to promote awareness of dingo safe practices as well as educating caravan park owners and operators.

The public signs should be installed in prominent public areas by the start of March.

“Control of dingoes in an urban context is difficult and sometimes very distressing,” said Mat.

“Council has always maintained a register of community reports on dingoes/wild dogs and has been monitoring the behaviours of specific animals, which has been made easier with the introduction of a new register on our website to ensure all details are captured.”

While Council is still referring to the local dingo population as dingos/wild dogs, researchers at the University of Sydney are keen to see them referred to simply as dingos, following research conducted in 2019 by UNSW and collaborators which found that almost all wild dogs in NSW are dingoes or dingo-dominant hybrids.

This finding challenges the widely held view that purebred dingoes are virtually extinct in the state.

Dingos are of cultural significance and play an important role in the ecology of the region which they are believed to have inhabited for over 5,000 years.