MEDOWIE has it’s very own MMA Light Heavyweight fighting champion amongst its ranks, with our own David Morley taking the championship last week in Canberra.

David ‘Fingers’ Morley is a kickboxing trainer at the Project Health and Fitness Gym in Medowie, and also trains and coaches regularly with Ballards Academy of BJJ and MMA at Beresfield.

David has been competing for eight years, and had to fight his way to this title event.

Clients and members of the gym joined together to watch the event, rugged up in the training shed, watching the fight and enjoying a barbecue together to support one of their favourite trainers.

The crowd was treated to a fine show, albeit rather quick, with David winning the bout by ‘tap-out’ in the first round.

News Of The Area spoke to Mr Morley after the fight.

“It wasn’t my most polished performance striking wise, he rattled me with a big shot early so I had to re-gather and go to my strength and take him down and finish the fight there.”

“I’m happy that I won the fight and grateful for all of the support from everyone, it’s been awesome,” David said. 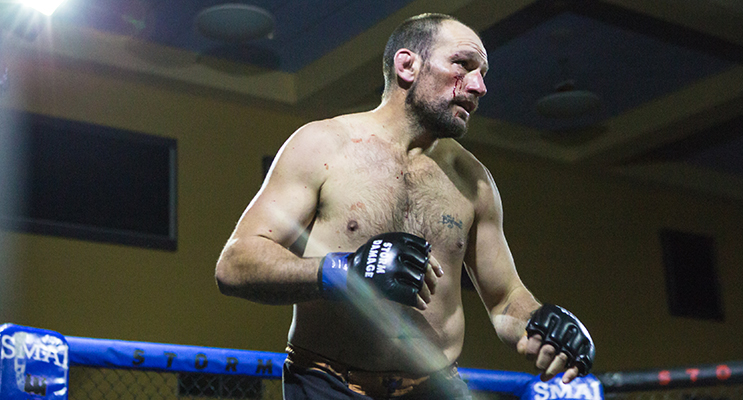