THE Honourable David Elliott MP’s recent visit to Port Stephens saw him view and contribute to several projects in Tomago, Seaham and Raymond Terrace that covered portfolios that he represents in the NSW Government. 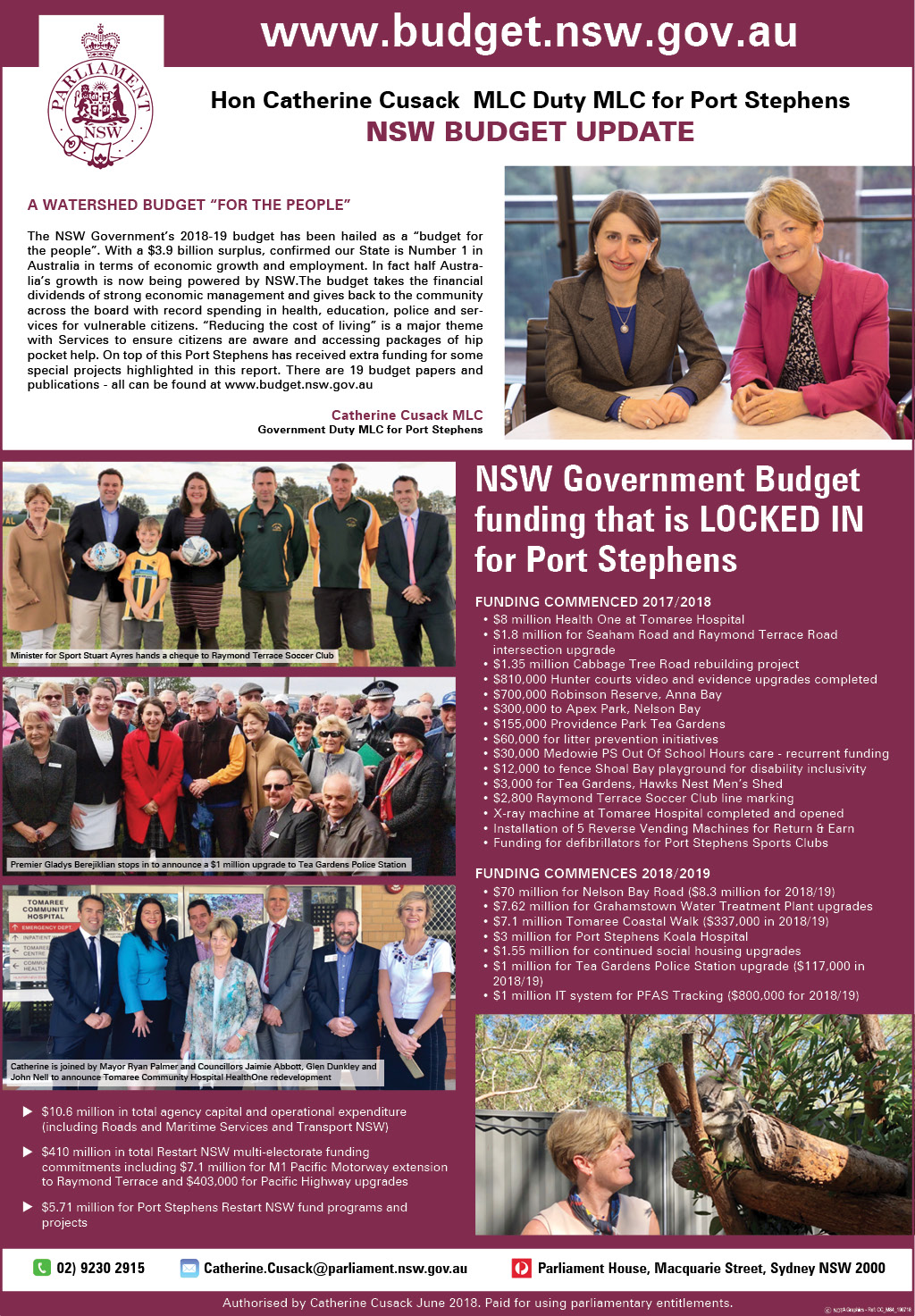 Three endeavours were the focus of Mr Elliott’s visit this week.

In his capacity as Minister for Corrections, he first visited 27 trainees who will soon be joining the prison officer ranks when they complete their training at the Corrective Services NSW Tomago Academy in the Hunter.

The Academy opened in 2016 to service the Hunter region and is able to accommodate up to 100 trainees.

“These trainees have come from all walks of life, including former tradesmen, hairdressers and police officers,” Mr Elliott said.

“The role of correctional officers can be challenging, and the Tomago Academy gives Hunter locals the opportunity to skill up without leaving their community.”

The expansion is part of the NSW Liberals & Nationals’ $3.8 billion investment in prison infrastructure to increase capacity in regions like the Hunter.

“We have a strong record of delivering jobs in regional NSW and are committed to putting local business first to ensure the community reaps the economic benefits,” Mr Elliott said.

In his capacity as Minister for Veterans Affairs, Mr Elliott presented an extra $3,000 to support the revitalisation of the Seaham Knitting Circle Memorial.

The memorial received a Community War Memorials Fund grant for repair works and a condition assessment.

“The NSW Government is investing in local war memorials to safeguard the legacy of servicemen and women beyond the Centenary of ANZAC.”