The Myall River Juniors are relishing a successful season and continued strong community support in 2015. 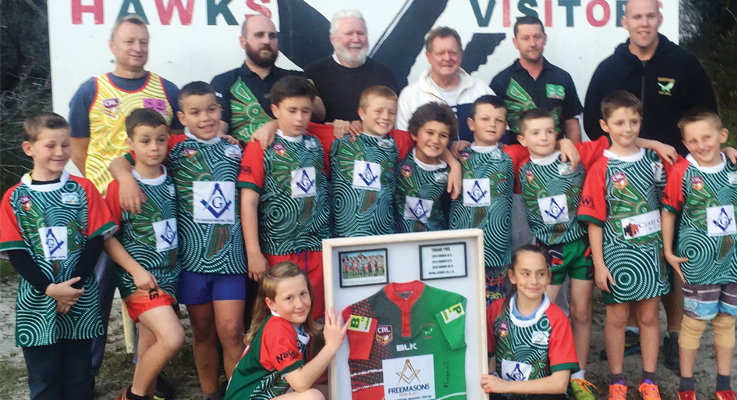 All teams have performed well, with the 10’s and 17’s expected to run out as minor premiers, and the 12’s and 14’s in strong contention for second or third place.

The club has two competition rounds to play, before the semi finals.

Strong sponsor support is welcomed, and assists the Club in team development, and reduces the cost impact of outfitting and player insurance.

Tea Gardens Fencing is in their second year of sponsoring the 7’s.

The Tea Gardens Masonic Centre has sponsored the 10’s for a third year.

Durness Station has come on board as a sleeve sponsor for the twelves.

The Tea Gardens Country Club has supported the 17’s for four years.

A strong partnership has been developed between the TGCC board and Myall River.

A special thanks to Warren Gooley, who along with Elaine Gooley, Pam Barry, and Lisa Hamilton provided and hosted a sausage sizzle over the state of origin series, with proceeds donated to Myall River.

The Club would also like to thank the supporters of the Monday night meat raffle that has become a valuable part of our fundraising.

A successful meeting held last week saw the Club set in place a pathway to assist in developing facilities at Myall Park.

First priority will be to seek funding for upgrading of the playing surface and floodlighting, before a special Committee is formed to seek major funding for amenity development.

Angela Randall has taken on the position of Grants Manager, and will be working closely with Government agencies and the Local council.