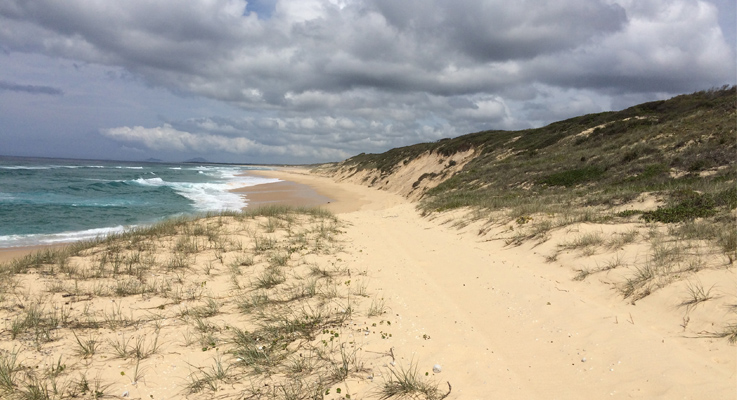 “There is insufficient beach remaining in the intertidal zone to allow for the safe traverse by 4WD vehicles, leaving us with no option but to temporarily close the beach until further notice,” Mr Smith said.

“Unfortunately, many 4WD’s have been using the beach at unsuitable times (such as high tides) driving on back tracks and vegetated dunal areas causing significant damage to fragile dunal vegetation including a number of threatened plant species.

“This closure only applies to Mungo Beach from the Mungo 4WD access to Big Gibber.  Bennetts Beach in southern Myall Lakes National Park remains open from the park boundary to Little Gibber including via Lemontree 4WD access.

“The temporary closures will be affected at Mungo Beach access track by the closure of a bar gate and signage.

“NPWS will continue to monitor the condition of Mungo Beach and will re-open it to 4WDs once the conditions improve through natural sand replenishment,’’ Mr Smith said.

Myall Coast News spoke to NPWS where they said they had staff (again) inspecting the beach yesterday and can provide an update shortly.

“On previous occasions it has taken several weeks for the beach to recover,” a NPWS representative told Myall Coast News.