Myall Coast News has reported on the Bulahdelah Courthouse in a previous edition (20 August 2015) for its importance as a museum of the Bulahdelah area and the committee would like to invite the general public to attend an Open Day this Saturday 31 October. 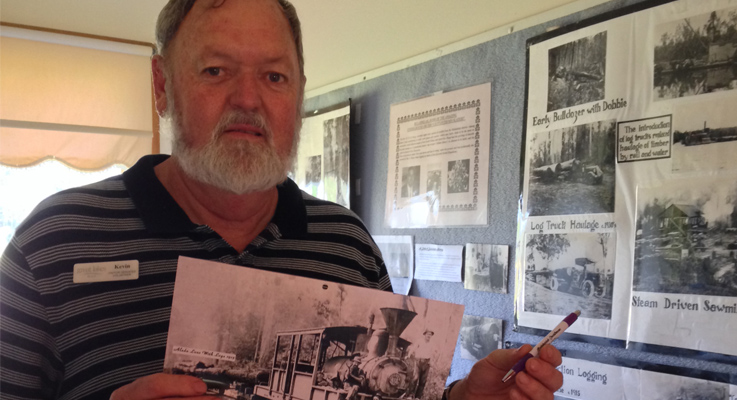 The Bulahdelah & Districts Historical Society runs the historic courthouse as a museum and the building is owned and managed by Great Lakes Council.

The committee of volunteers that open the museum, work on maintenance and grants and present talks to the visitors consists of Kevin Carter, Irene Worth, Diane Burns and Val Brown.

The Historical Society are looking for more members to help run the museum as the present committee will be retiring soon.

Kevin Carter spoke to Myall Coast News about what is required of committee members.

“There are many ways to do this.

“Do whatever you like in the areas of maintenance, gardening, research and presentations.”

The Bulahdelah & District Historical Society were recently involved with Barbara Saville in the making of Historic Bulahdelah calendars which are now being sold at the Bulahdelah Visitors Centre.

The calendar includes twelve photos of the days gone by, focusing on industry and landscape changes.

Barbara Saville is a former resident of Bulahdelah and put forward the idea of having a calendar done for the area as a fundraiser. Kevin Carter, on behalf of the Historical Society, supplied the photos.

Barbara reports, “From the feedback I have received, the calendars have been well received by the local community.”

There have also been a range of pens with the Courthouse logo produced which are for sale at the Bulahdelah Visitors Centre as well. 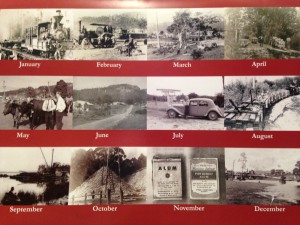