THE Myall Coast Entertainers have bowed out from the limelight in gracious fashion, by gifting away their hard earned money to various local community groups, in a generous offer of support to other like-minded groups in the area. 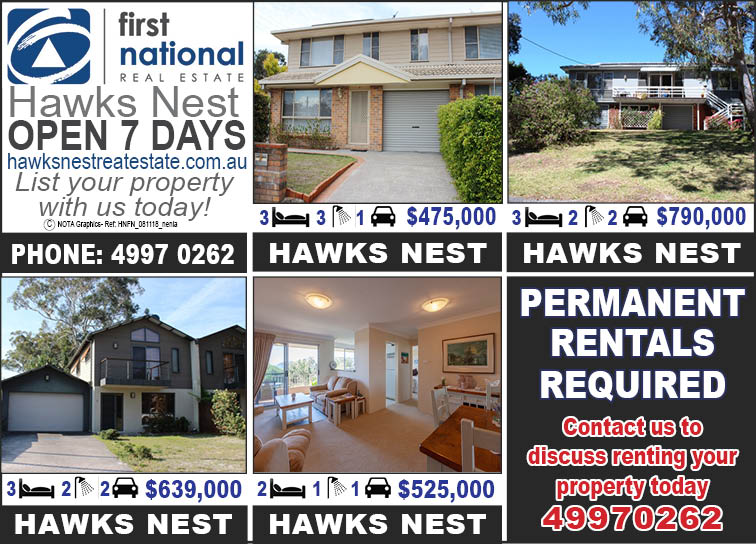 After eighteen years, the final curtain was called on the well-known group, due to core group members retiring and moving on, and a lack of fresh faces joining the ranks to entertain the crowds.

The Myall Coast Entertainers Group was established back in 1999, and they have put on many a play, musical, skit and variety show over the years.

The group also at one stage turned their acting talents to the tools, and assisted in renovating and repairing the Hawks Nest Community Hall.

One of the final standing members of the Myall Coast Entertainers, Elizabeth Hall, told News Of The Area, “It is a great shame that we had to come to this conscious decision after all these years.”

“What it came down to is that we had to face facts that there were not enough new people coming in to be a part of the group, and we had to accept that the final curtain has in fact dropped.”

“There are so many people to thank as we go out, in particular Shane Reynolds.”

“We offer grateful thanks for his continued loyalty and commitment to the Myall Coast Entertainers,” she said.

This Myall Coast Entertainers decided amongst themselves that the best thing to do with remaining funds from their accounts would be to donate it to other community groups like their own.

The chosen groups to benefit from these funds were the Myall U3A, the Myall Melodians and the Newcastle Repertory Theatre.

Even as their final curtain drops, they are still giving back to the community.

Thank you Myall Coast Entertainers for all you provided to those who had the privilege to attend one of your performances.