Auditions are about to get underway for two plays to be staged by the Myall Coast Entertainers in May. 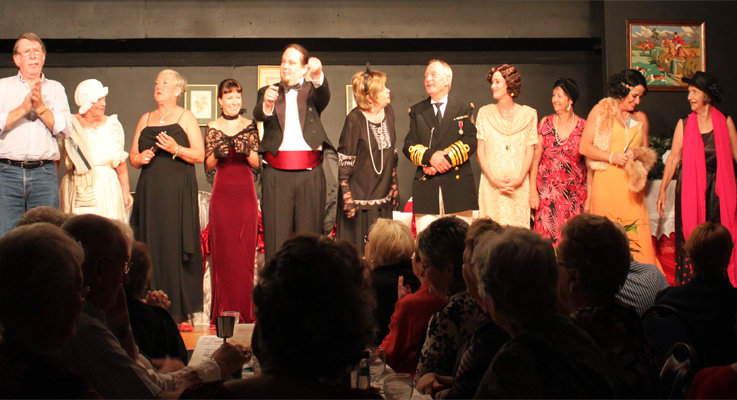 Publicity officer for the community-based theatre group, Phil Hoare, said the auditions were being held to “try and tap into the obvious talent that is in the Tea Gardens Hawks Nest area.”

“It gives those people a chance to try their hand at stage work whether it is on the stage or helping behind the scenes,” he said.

The first of these two plays, “The Chip Van Plays Dixie” is a poignant one act comedy set on a bench where two strangers meet.

Gary is a local man who has lost his wife and Babs is a woman on her way overseas who feels she has lost everything.

This play by Robert Iles won the Best New Play at the Avon Association of Drama (AAD) in 2014.

The second play, “Box and Cox” is a famous Vaudeville one act farce with a plot hinging on the fact that the landlady of a rooming house has rented the same room to two men.

Characters for this play are non age specific and include Mrs Bouncer  – the landlady, Mr Box a printer on a daily newspaper and Mr Cox a skilled hatter.

Auditions for both plays will be held on Wednesday, 25 February  from 7pm to 9pm at the Uniting Church Hall in Myall Street Tea Gardens.

The group is also planning a second season in October 2015, however at this time no firm decision has been made on what plays will be presented.

Please watch the paper for further updates in the year.