The Myall Coast Mudcrabs Rugby Union side had a stunning win over the undefeated competition leaders Fosters Dolphins played last Saturday in round 11 of the Lower Mid North Coast competition. 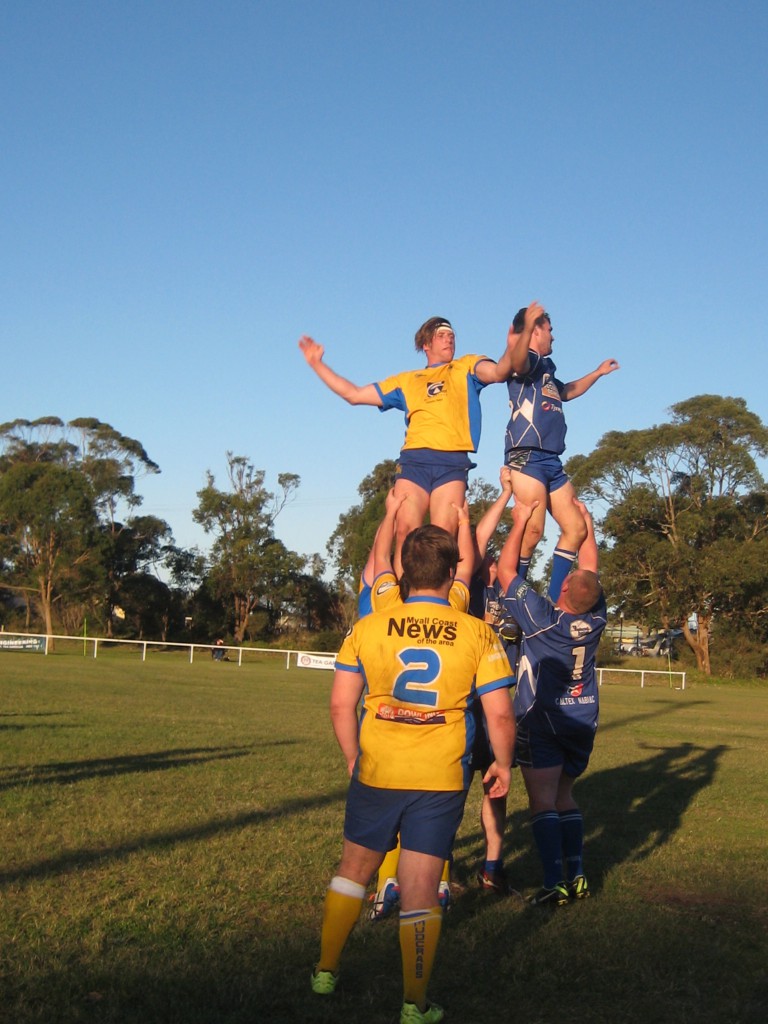 In a determined and gutsy performance the Mudcrabs defended strongly throughout the game stopping many strong raids by the Foster Dolphins.

Best defenders for the Mudcrabs were Ashley Rushby in the back row, James Farmer in the front row and Sean Blanchard in the second row.

In the backs Tristan Tansey, Matt Reynolds and Michael Oliviera constantly harassed their opposite number with ball and all tackles.

The game was still anybody’s at half time with the score being 10 points all with the second half having four lead changes in the next 40 minutes with both sides trying desperately to score tries.

The Mudcrabs however, continued to apply pressure on the Dolphins which finally paid off when Ashley Rushby seized on a handling error from Dolphins half back and scored close to the posts to convert the try.

As the second half progressed the ball worked its way from end to end and the Dolphins just missed scoring when winger Brennan Blanchard tackled his opposite in the corner.

The Mudcrabs again worked its way upfield and were awarded a scrum penalty which Ashley Rushby kicked to make the final score 23 points to 22.

The Mudcrabs are now clearly in 4th place and with 3 rounds to play but will need to continue winning to grab the last Semi final place from Wallamba.

The Mudcrabs now travel to Wauchope next week where they play Wauchope Thunder and will need to win this fixture and gain a bonus point.

The Mudcrabs play their last home game against Old Bar at Myall Park on 25 July and would love to see a vocal home crowd.

This game will also be the annual breast cancer fundraiser so dress in pink and see the Mudcrabs wear the pink socks.