The Myall Coast Rugby Union Club, known locally as the Mudcrabs, will be entering a side in the Lower Mid North Coast competition in season 2015. 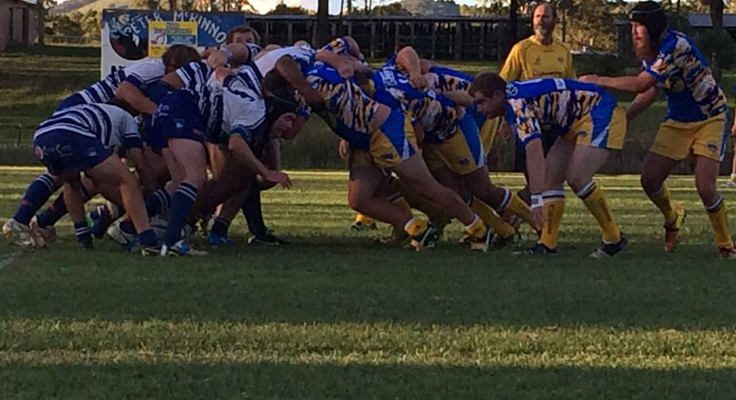 This team, to be competitive in this competition needs some extra players and are keen to talk to interested  and potential players, whether your background is Rugby Union, Rugby League, Soccer or just a desire to one day play the game they play in heaven.

We are very keen to talk to any players living in the surrounding towns of Karuah, North Arm Cove, Allworth, Stroud and Bulahdelah.

This club has a proud, although short history.

The club were the Lower Mid North Coast competition premiers in 2012, which was their ﬁrst year in this competition and since attracted a strong following in the Myall area.

a position to appoint experienced coaching staff to attend to all coaching & skill levels plus on ﬁeld managers to ensure the team has every chance to perform during the forthcoming 2015 season.

Do not hesitate to contact the below numbers to register your interest to play rugby in 2015 for the Mudcrabs.

Competition as NSW Country Rugby Union is well known as for its spirit,