ANOTHER month has passed and we are still in lockdown, the only meeting able to be held was the Progress Assn committee where a number of issues were discussed. 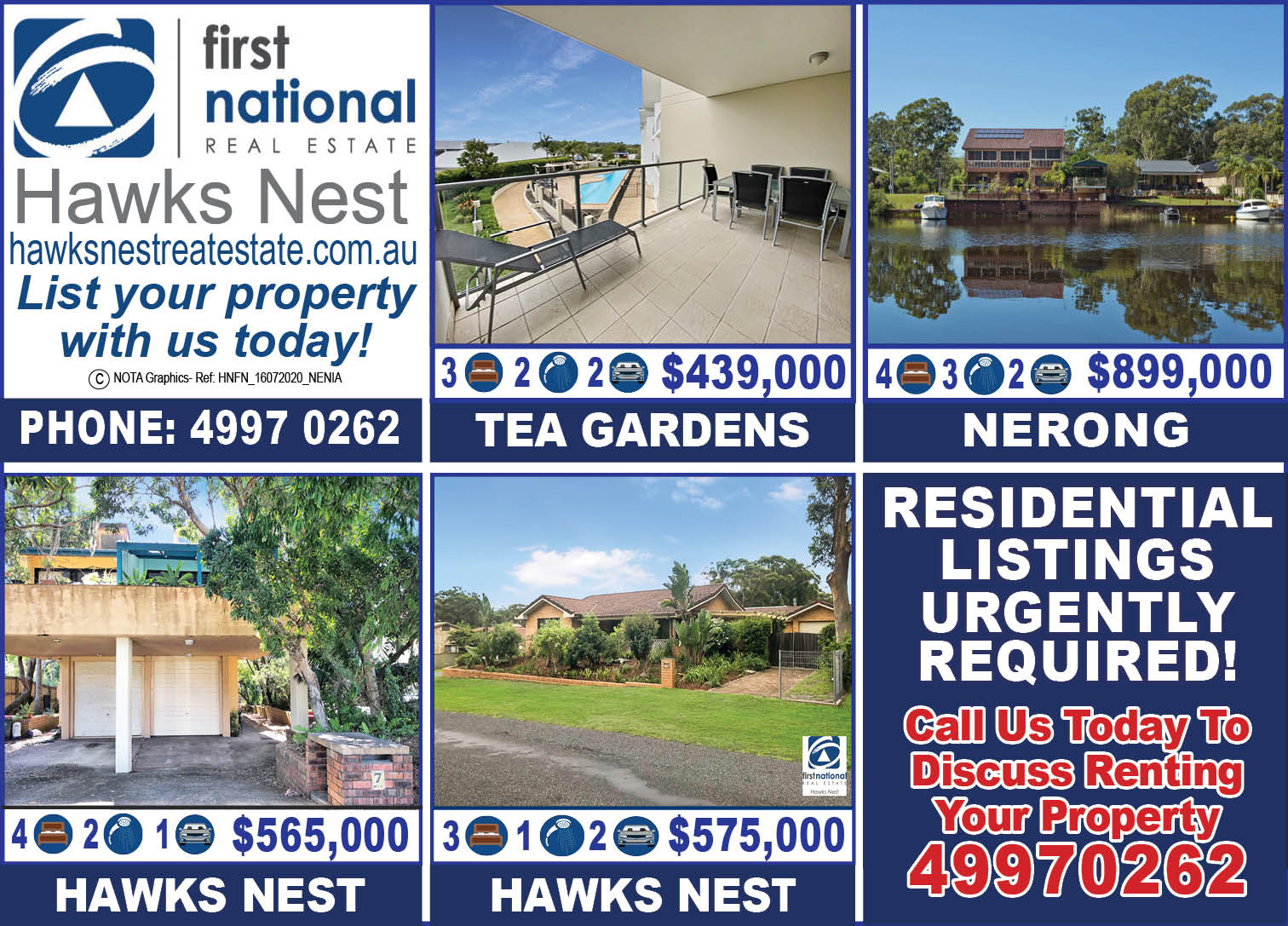 We are aware that MidCoast Council has also experienced difficulties, however we understand it is business as usual.

Meetings are undertaken, decisions made and it is business as usual.

If that is the case, why can’t we get answers to issues that were raised, in some cases, years ago?

To list a few, we are still waiting on action to be taken to finish the walkway along Mirreen St Hawks Nest, the pathway along Myall St to link with the Shopping Centre.

The one -way traffic for motorised wheelchair vehicles on the Singing Bridge.

The “no standing” zone on the corner of Myall and Maxwell Streets.

Road repairs in Pindimar and elsewhere in the townships are also dragging the chain.

These are but of a few of the outstanding matters and it would seem sections of Council are disconnected to other more functioning divisions.

The Progress Association is attempting to raise dialogue with management of the Engineering section.

On the positive side Progress committee members have arranged with the Garden Club to work with Council in improving and maintaining gardens within the Hawks Nest shopping precinct.

Still on the subject of Council, a proposal has been suggested to beautify the water tanks on Shearwater with murals.

This has been happening in many country towns and it appears Midcoast Council have already begun a “tank trail” and have received funding to do two projects which unfortunately does not include Tea Gardens.

Another future project will be a walking and trail bike track in Council land to the eastern side of Lions Lookout
We are pleased to advise the two leaning posts installed for ferry use on the public wharf were removed today.

Their removal will provide a mooring area for an extra three recreational vessels.

The costs were generously met by the Myall Lakes Aquatic Club.

These posts are over 7 metres in length and will be transported by Council to the NPWL storage area near Bombah Point.

It is little known that the club conducts pro bono repair work within the Myall Lakes National Park and these posts will be used where needed.

The dredging of the “shortcut” channel will be finished by the time this issue of NOTA is published.

It is a more complete job than what was conducted in 2015 and should provide a longer period of access for the boating fraternity as well as servicing the river with the vital exchange of oceanic water.

On the subject of dredging, we have received reports of increasing sand migration further up river and is now impacting on the ferry service.

Those reports have been forwarded to Council and in turn to RMS in the hope that corrective action can be undertaken in the near future.

is particularly important in view of the current ferry problems and the strong possibility that a new vessel the “Wangi Queen” may be introduced to the service.

That vessel is larger than the current ferry’s and draws a deeper draught.

Progress has written to our State Representative Kate Washington in regards to the Myall Way turn off from the M1 Expressway.

The recent fatality has resurrected the call for warnings lights as was installed on the Medowie Rd intersection.

Ms Washington has confirmed she has written to RMS and is waiting on a response.

The necessity was recently exacerbated over the long weekend where it appears, we have been “discovered” by the rest of NSW and traffic congestion turning into the intersection was stretched back to the fast lane on the highway.

A perfect setting for a terrible accident.

Particularly relevant as it appears a large number of the explorers have discovered the perfect place and vowed to return.