BATS often get a bad name, but a group of local residents were given a more balanced view of flying foxes at a special twilight talk in Hawks Nest. 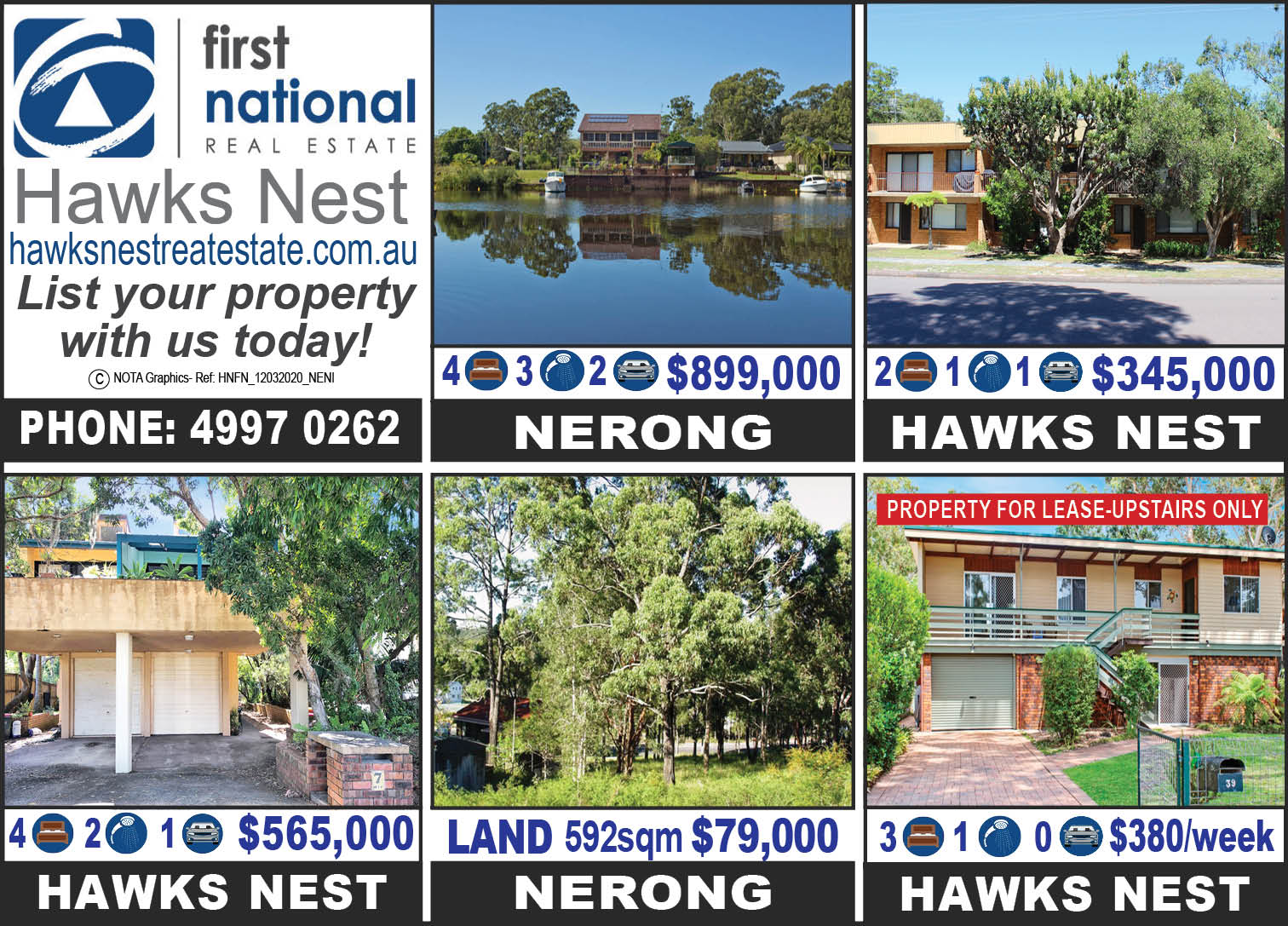 Seventeen people gathered round Lynda Stevenson of Myall Koala and Environment Group (MKEG) and Wildlife in Need of Care (WINC), while overhead a cloud of grey headed and little red flying foxes flew to their nightly roosts.

Lynda explained how flying foxes were the main long-distant pollinators of plants and trees in the regeneration of native hardwood forests, scattering seeds during their flights.

“Think of them as big nocturnal bees.”

She admitted that when they could not get nectar, pollen or native fruits, pregnant and lactating females in particular might raid commercial or backyard fruit trees, making enemies by munching on fruit crops and orchards in their search for dinner.

Lynda said there was a high volume of bats in the local area at the moment due to a good food supply and the lack of food north and south of here because of the bushfires and ever-shrinking forests and woodlands along the east coast.

“Their smell is between being musty and cheesy feet,” she said.

“A flying fox camp will usually be smellier during mating season and after rain, as the males will vigorously re-scent their territory.”

In captivity, flying foxes can live for 20 years but their life span in the wild is unknown as they are threatened by many things such as habitat destruction, increasing conflict with people and extreme weather events such as drought, fire and flood. Ravens, snakes, powerful owls, birds of prey, possums, goannas and cats kill and eat them.

She said flying foxes are known to carry Hendra virus which can be passed onto horses and then onto people who have been in close contact with an infected horse. There are no cases of the disease being transferred directly to humans. Also, less than one per cent of all Australian bats are known to carry Australian bat lyssavirus (a rabies type virus), for which a vaccine is available.

Lynda advises people not to handle bats and they will not be bitten or scratched. Lynda, Glen and their daughter Corinne are all vaccinated bat carers and have been busy saving many injured and abandoned flying foxes.

Anyone who finds an injured bat is advised not to handle it, but to call the local wildlife rescue group, WINC on 1300 946 295.