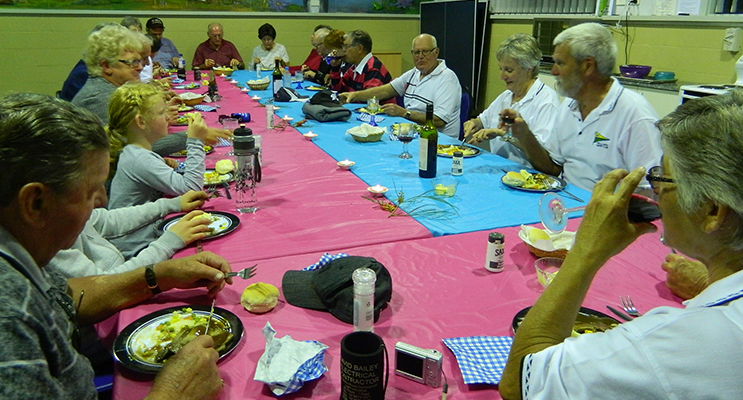 THE Myall Lakes Aquatic Club held their AGM at Nerong Hall on 24 September.

This followed a very successful year of social outings as well as some much needed wharf repair in the Myall Lakes.

All committee members elected to hold the same positions as last year led by Rod Blanch as Commodore, Linda McIntosh as Secretary and Paul Bendy as Treasurer.

The meeting was followed with a delicious catered meal provided by Elaine from Nerong.

On Sunday morning we enjoyed the traditional barbecue breakfast.

The next outing will be the Sailpast at Tea Gardens on 29th October.

The Club plans to erect the marquee on the waterfront in which to hold a barbecue and social get together.

We welcome members and guests.