Vandalising public property in Myall Lakes National Park has resulted in a Raymond Terrace local being ordered to pay thousands of dollars compensation. 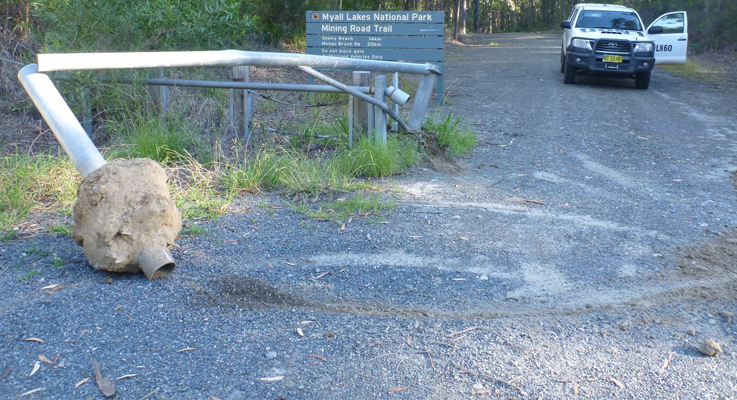 Joshua Hunt, from Raymond Terrace, appeared in Raymond Terrace Local Court in November and was ordered to pay $4740 compensation to replace a gate he destroyed adjacent to Seal Rocks Road in Myall Lakes National Park, near Seal Rocks.

NPWS Great Lakes Area Manager Steve Smith said Mr Hunt was the driver of one of two vehicles involved in the incident which took place in April this year that had been monitored by security camera.

“The effort we are putting into our surveillance equipment is starting to pay off with results like this making it well worth the effort,” Mr Smith said.

“The prosecution should act as a serious warning to anyone thinking about vandalising park property.

“We understand that NSW Police are continuing to pursue the driver of the second vehicle in relation to the incident,” Mr Smith said.