We may still be experiencing an endless Summer but for Myall Masters Swimming Club the season has ended. 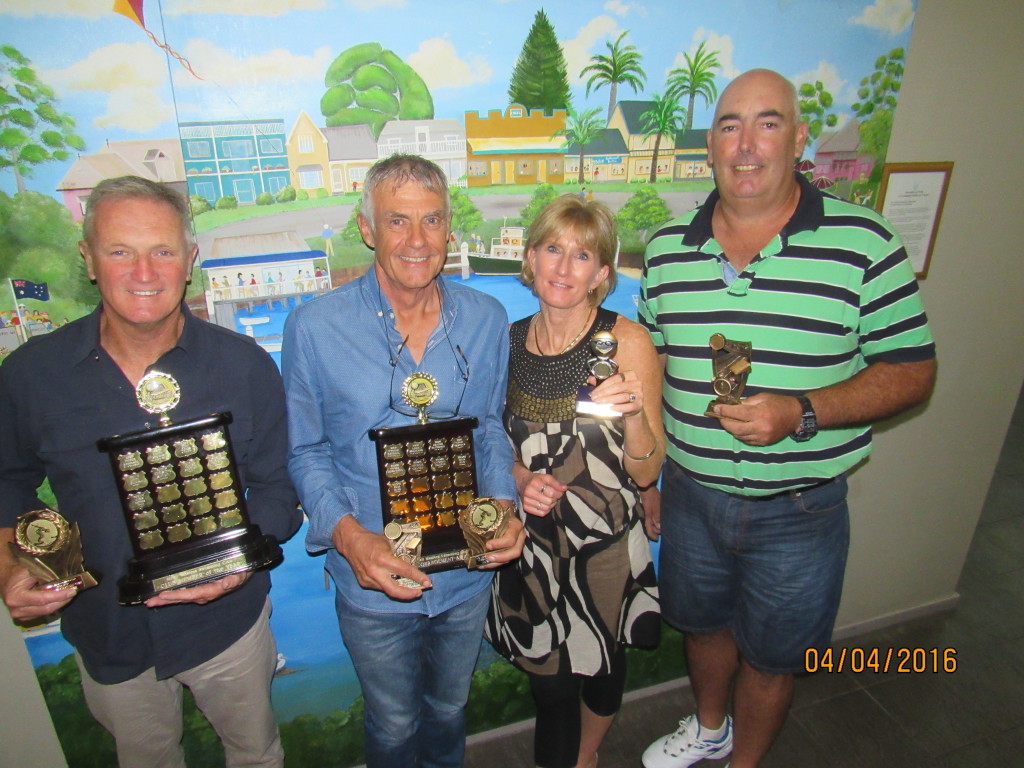 The culmination of an extremely successful 2015-2016 season was celebrated at the Annual Awards Dinner held recently at the Tea Gardens Hotel.

Welcoming members and guests to the Awards Dinner, President, Christine Sefton, spoke of the Club’s achievements for the year, which included Myall Masters promotion into Division 1, having topped the NSW Pointscore for Division 2.

Members waited with anticipation to hear the placings of the 25 m Handicap event which is ran fortnightly during training sessions.

This event not only improves competition readiness but is just plain good fun!

The award of Most Improved went to Linda Stubbs.

Geoff’s consistent attendance and commitment to swimming was rewarded with first placing.

Two major awards are presented for the Season, Encouragement Award and Club Member of the Year.

Head Coach, Leon Bobako, stated that the recipient of the Encouragement Award must be committed to club training sessions, show improvement in swimming, fitness, technique as well as participation in Club activities.

The room was abuzz with excitement as to who would be Club Member of the Year.

This award recognises exemplary contribution and commitment to the Club.

The announcement of the winner as Chris ‘’Mobbsy’’ Mobbs, was enthusiastically received.

Club Captain, Mobbsy was considered as a ‘’standout for the year’’.

Mobbsy lead by example in and out of the pool and motivated members to become involved in Club activities.
His positive influence guided Myall Masters Swimming Club in what has been an outstanding Season.