NAIDOC Week celebrations got off to an early start in the Myall Coast last week with local schools alive with indigenous song, dance and culture. 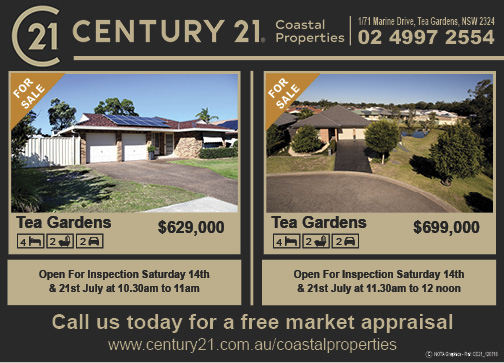 In Bulahdelah, St Joseph’s Primary School students were joined by the Wandana Aboriginal group for a cultural activity day which included a Smoking Ceremony and creating a contemporary Aboriginal mural.

Wandana CEO Brian Cook said the painting is about celebrating the story of the land and its people.

“It’s about paying homage to the local Aboriginal community and the rich history of the school,” he said.

“It incorporates features that talk about the school and Aboriginal Elders, the Myall River and ‘Boolah Dillah’, the most prominent feature of the local landscape and a site of special significance to the Worimi people.”

This year’s NAIDOC Week, which runs from 8-15 July, focuses on the theme of “Because of Her, We Can”.

Wandana Senior Aboriginal Tutor Eve White said the week is about celebrating the history, culture and achievements of Indigenous people, particularly the invaluable contributions made by women.

“It’s about empowering the community about Aboriginal culture and all the women who have come before us,” she said.

“Every child has a mother and every mother is an inspired heroic person just to go through that process, it’s about sharing the story of the women who have taken that role and passed on their wisdom and culture.”

Year one performer Kleon Reid said he “liked doing the fishing dance the best” because it teaches about “how the people lived”.

The group, made up of Indigenous students from Kindergarten to Year 12, also performed at Coolongolook and Bungwahl Primary Schools and Bulahdelah Preschool.

NAIDOC Week, the National Aboriginal and Islander Day of Celebrations Week, is observed annually across the country.