Police investigating the deaths of a woman and her three children in the state’s south have located a man’s body in a dam on the family’s property.

About 3pm yesterday (Tuesday 9 September 2014), police were called to a rural property on Boree Creek Road, about 13km north-west of Lockhart.

While the bodies are yet to be formally identified, it’s believed they are 41-year-old Kim Hunt and her three children: 10-year-old Fletcher, eight-year-old Mia and six-year-old Phoebe.

Following an extensive search of the property today (Wednesday 10 September 2014) by local police, PolAir and police divers, the body of a man was located in a dam about 2pm.

The man is yet to be formally identified. A firearm was located with his body.

While post mortems will be conducted to establish how the five people died, it’s believed they sustained gunshot wounds.

The investigation into the incident continues under Strike Force Tullaroan. This is being led by State Crime Command’s Homicide Squad, assisted by police from Wagga Wagga Local Area Command.

A brief will be prepared for the information of the Coroner.

Relatives of the Lockhart family have authorised NSW Police to confirm the names of those whose bodies were found on the property yesterday. Those who died are 41-year-old Kim Hunt, her son, Fletcher, aged 10, and daughters, Mia, eight, and Phoebe, six. 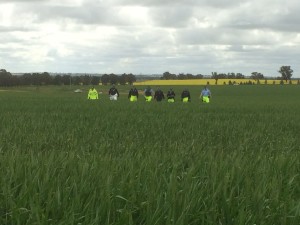 Investigators have grave concerns for a 44-year-old man who remains unaccounted for, and are appealing for information from the public to help locate him.

The man is described as being of Caucasian appearance, about 193cm tall, with a medium and athletic build, short brown hair, and a clean-shaven face.