THE bright yellow weatherboard in Nelson Bay is more than just a house. 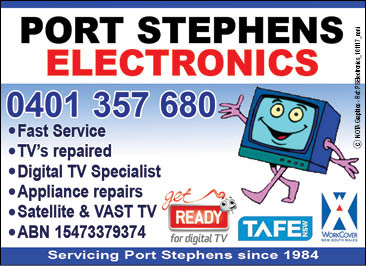 It is a safe haven for women escaping from domestic violence.

The facility is managed by the Yacaaba Centre and is funded by The Rotary Club of Nelson Bay, Soldiers Point Marina and State Government funding obtained through the Member for Port Stephens, Kate Washington.

The units have been designed by Daniel Reitsma, who won a Westpac design award for the small dwelling units.

When the two new units are open the site will house five women with another unit planned for the future.

Lynn Vatner of the Yacaaba Centre told News Of The Area, “The housing offers homes for women who have been living in a domestic violence situation.”

She believes it is particularly difficult for older women to start all over again.

“Staying in the house offers a safe haven where the women don’t have to worry about money, the aim is for these women to move into a situation where they are independent after they have recovered from trauma,” she said.

Darrell Barnett of Soldiers Point Marina said, “We are very proud to be able to assist in funding this project which helping people in a time of great need in their lives.”

He believes that the space and time that staying in the facility provides is critical in providing relief and support to women escaping from domestic violence.

“Soldiers Point Marina believes that as a part of the community we live and work in, it is our responsibility wherever possible to help those most in need,” he said.

Kathyrn Rimmer President of the Rotary Club of Nelson Bay said, “Our Club has been assisting various community organisations for the past 63 years.

“We’ve raised over $36,000 for this project which is another example of the Rotary Club of Nelson Bay making a difference in our local community,” she said.

It is hoped that the two new small dwelling homes will be opened in January with Yacaaba Centre hoping for donations from the community to provide various homewares.