THE Bulahdelah Police have welcomed a new Senior Constable this month. Dave Feeney was awarded the transfer to Bulahdelah and actually is filling a vacancy on the force that has been open for one year. 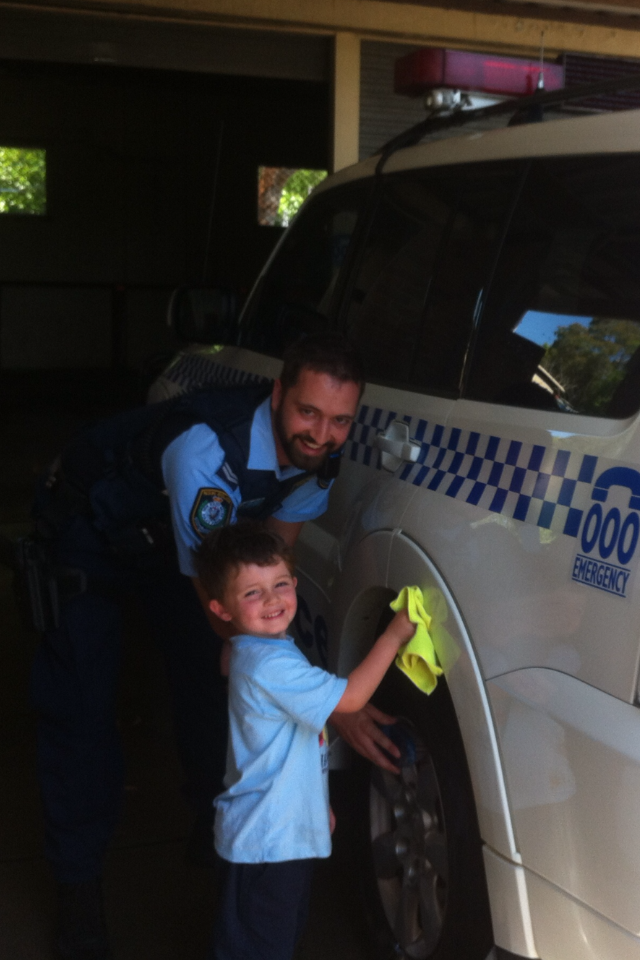 The extra policeman will help with the allocation of shifts and general duties.

Dave Feeney has been on the police force for nine years and was previously working on the Central Coast and then the Lake Macquarie Local Area Command.

The majority of his career has been working on General Duties but he has also done some work with the Special Operations Group, Drug Units and Anti-Theft squads.

He has also worked as a Detective at Charlestown Police Station for one year.

Dave Feeney moves to Bulahdelah with his family.

He spent some of his childhood in the country town of Bega before moving to the Newcastle Region.

Dave Feeney spoke to Myall Coast News about his transfer and his work here in Bulahdelah.

“I am very excited and honoured to have won this transfer to Bulahdelah.

“The family and I are keen to invest ourselves into, and become part of the town as best as possible.

“We love this area and the friendly people in it.

“I am very approachable and will be more than happy to discuss any issues with the public either by phone or at the Police Station.

“I am keen to receive any information from the public about suspected criminal activity so that the community and police can work together to reduce and hopefully prevent crimes occurring.”