CAKES, lunches, bingo and presents marked a milestone for Noreen Relf when she celebrated her 90th Birthday with family and friends last week.

Mrs Relf was a little overwhelmed with the festivities and said, “People have been fantastic, very generous and very personal with their gifts.”

“People around town wished me happy birthday, even people I didn’t know,” she said.

“Turning 90 has made me realise what a good life I have had.”

Mrs Relf said her regular bingo outing was a special treat, with her friends organising a birthday cake and even giving her pillow to sit on.

“The ladies were so good, I actually cried,” she said.

“The cake was so big it went around twice.” 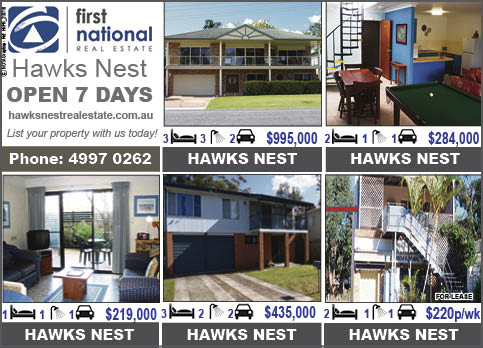 Mrs Relf worked as a photographer in Newcastle where she hand-coloured photos before marrying and moving to Bulahdelah in 1951.

Speaking with News of the Area, Mrs Relf said, “I fell in love with the place straight away.”

“I could never leave this town after moving here, it’s friendly and even people I don’t know wave and say g’day,” she said.

“I’ve always had good neighbours, they’re always popping in to make sure that I’m ok and I am definitely thankful to them for that.”

Although Mrs Relf said that she has only lived an ordinary, quiet life.

Ms Relf has been a valued part of the community and has always volunteered where possible.

She was one of the original volunteers at the Bulahdelah Library, served for 44-years on the hospital auxiliary and helped out at school fetes and many street stalls.

Mrs Relf thanks everyone for their good wishes and helping to celebrate her 90th birthday.

“I am very thankful that they did so,” she said.