ON Sunday afternoon, 20 August, a large crowd of current and past North Arm Cove Residents plus other friends and supporters gathered at the Cove Community Hall. 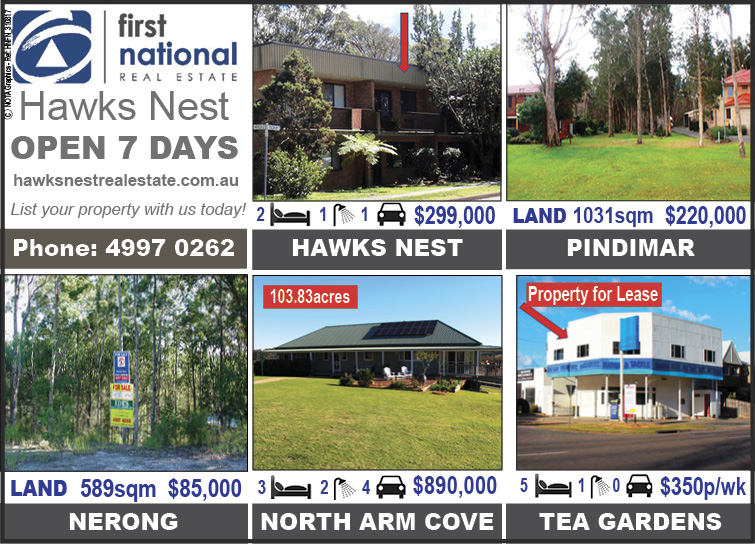 The afternoon’s festivities marked 50 years to the day since the establishment of the “Residents Association” and celebrated the many achievements of community volunteers over the past half century.

A showery afternoon led to the new park opposite the Community Hall being declared open from within the Hall, although MidCoast Administrator, John Turner, did slip across the road during a break in the rain to remove a sodden cloth from the commemorative plaque.

MP Kate Washington then took the stage to launch what she described as a fabulous new book on North Arm Cove, its history, its beauty and its people.

The book was a great read, Kate said, describing its mix of humour and pathos and quoting excerpts from some of her favourite passages.

Kate commended the efforts of the many contributors before declaring the new book officially launched.

Copies of the book are available from the North Arm Cove Residents Association and soon from other outlets as well.