The association includes land owners in North Arm Cove who are part of the current paper subdivision land status, a term deemed by the NSW Government Department of Planning & Environment as, “Land containing lots that only have recognition on paper and, in most cases, have no formed roads, drainage, reticulated water, sewer or electricity.”

Lands in these paper subdivisions have a variety of owners, including investors who have purchased lots as an investment with the hope that one day they may be zoned to enable development to occur. 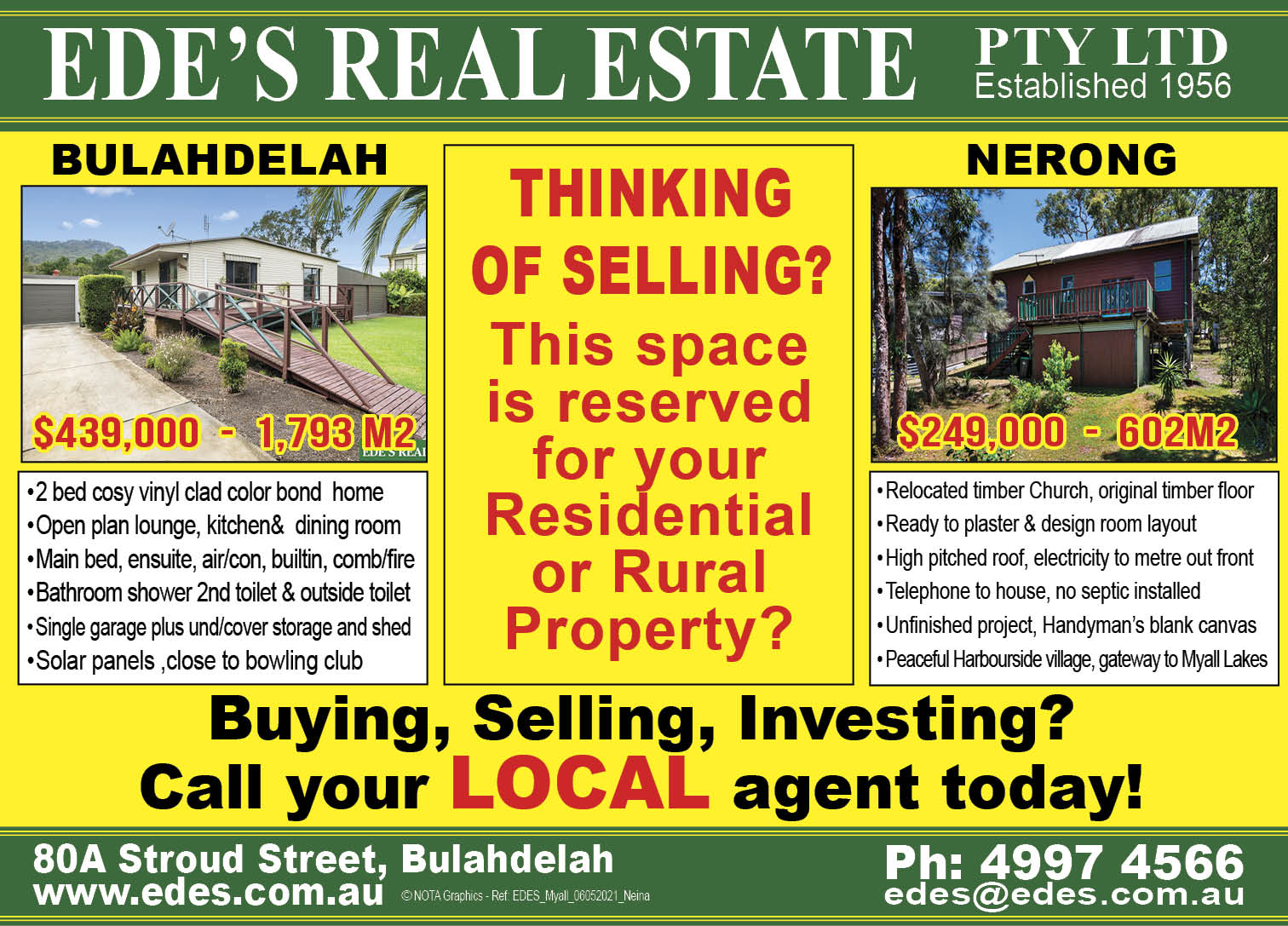 There are many generations of land owners in North Arm Cove, many who have passed away, never seeing the chance to develop on their lots.

The North Arm Cove Rate Payers pay 5% of the total Mid Coast Council rates, yet are unable to inhabit their lots for more than two days at a time without Council approval.

In a statement on the MidCoast Council’s website it is stated, “Land in paper subdivisions that are located within an existing rural or environmental zone will be considered as part of the MidCoast Rural Strategy.

“This land represents only one component of what is a complex rural environment; and given these areas are already recognised as having significant constraints by the NSW State Government and Council, rezoning these areas for urban purposes is highly unlikely.

“Community consultation on the draft Rural Strategy is expected to occur in 2021.”

The association is only in its early days, but has already seen support from the Walter Burley Griffin Society, Henry Halloran Trust (University of Sydney) and various land owners.

North Arm Cove has a significant history, and was once even deemed ‘Port Stephens City’.

For more information about the Initiative visit the Facebook page https://www.facebook.com/NorthArmCoveInitiative or follow News Of The Area’s ongoing coverage of the issue.

NV College can help you make caring a career